I took out all the bows. I had too drill out the pop-rivets in the last bow (the one with all the glue on it) to remove it.
That bow doesn’t slide out of the rails as it’s bracket is hooked into the second channel, where also the cable goes through. And this bow is attached differently to the gliders. It uses a copper-colored rivet which holds it looseley to the glider. I think it has to be like that to allow for variations in the roof opening.
I don’t know why this bow uses a different glider, hooked into the cable channel. Maybe it’s because of the rear window? To hold it more firmly into place.
I marked the bows 1 to 4, so I can replace them in the same position.

I’ve also removed the brackets that hold the frame to the roof. I did mark them with a white paint pen, to save the original setting. I also marked the brackets with painters tape, so I can place them back at the same location.

For removing the brackets it’s easier when the foam strip on the underside of the rail is removed. This strip sits between the side covers and the rail.
It’s white and looks very dirty because of the grease from the rails. I intend to replace the foam strip with a black version.
Removing was not a pleasant job, in some places it could be pulled of easily, and in some places I had to use a knife. I still have to cleanup the rails from the glue residu.

While removing te brackets I noticed that the screws that hold the rail to the frame also have to come out, otherwise they will catch behind the roof.
Which will prevent the frame from coming off.
I removed each screw and replaced it with a tie-warp to hold the rails to the frame.

I also disconnected the motor and removed the blue tubes.

One thing has got me puzzled: on the rear the frame is screwed on with one screw in the middle. But because of the angle of the ragtop, and the sides are tucked in, I cannot get a screwdriver onto that screw. I could not unscrew it.
Because I have to replace the roof anyway I cut a small hole into the roof and unscrewed it from the outside (see pictures).

Maybe I replace the flat-head screw with a hex head screw, which should make it easier to get the screw back in. But still, the screw is pretty long, which can still make it difficult.
Maybe this is only a problem with an old stiff ragtop, maybe a new one flexes enough to allow for a screwdriver on it….

Next job: get the frame of…. 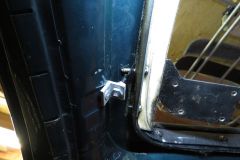 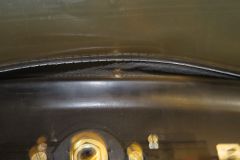 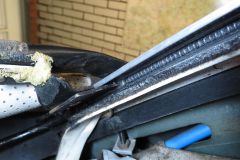 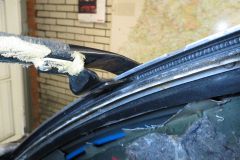 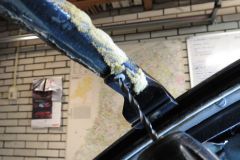 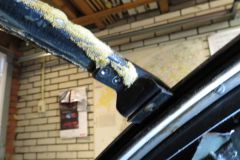 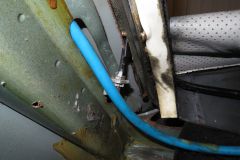 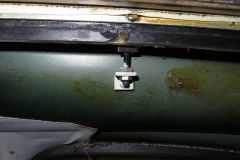 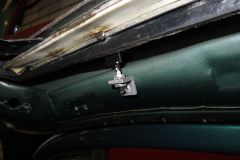 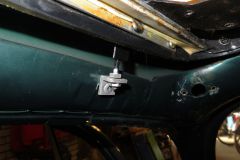 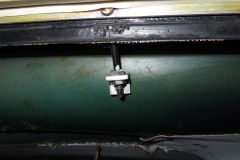 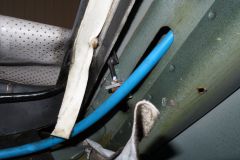 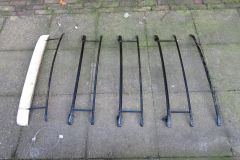 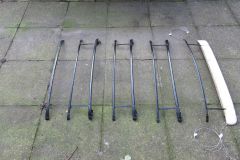 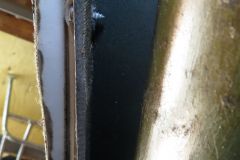 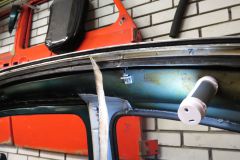 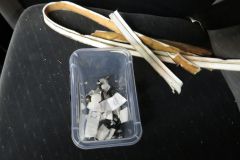 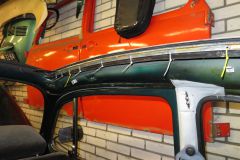 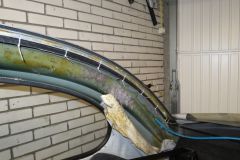 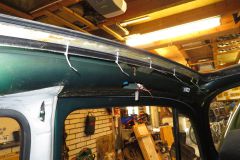