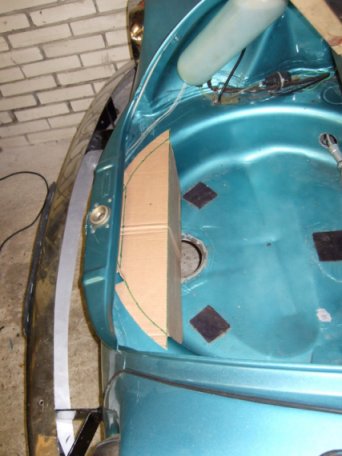 Now I can start cutting the spare wheel well. 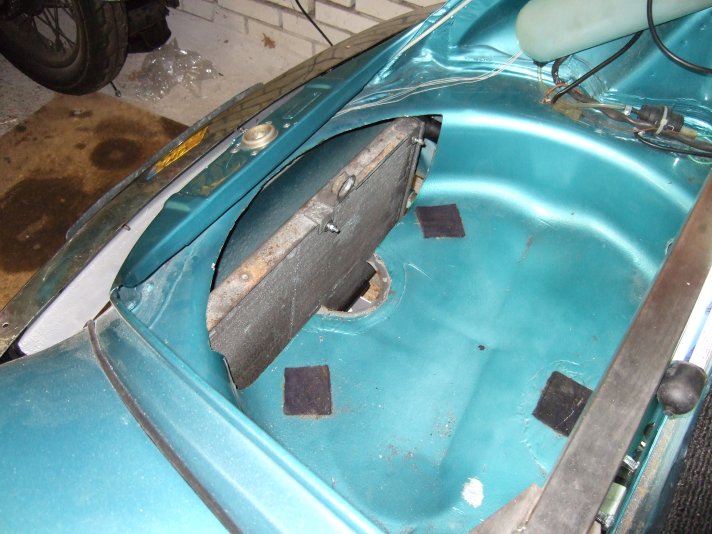 The hole is too small, there is not enough room for the fans and the radiator has to be installed higher. It now sticks out too much at the bottom. I will cut a bigger hole, and cut some out of the top of the spare wheel well.
I have a new template that’s bigger (but does not include the cuts required to raise the radiator): 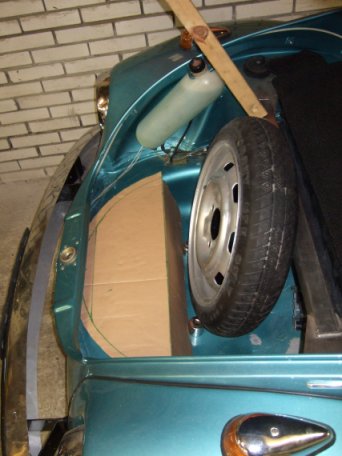 I am considering cutting out pieces next to the spare wheel as well. That might make it better for the hot-air to escape. 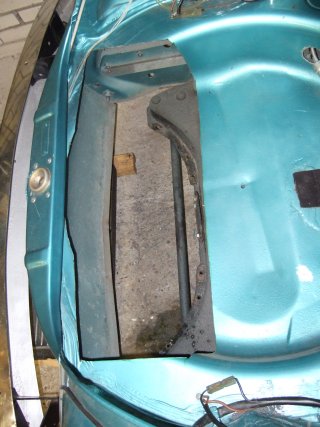 I did not only cut a piece out of the spare wheel well, but also a piece of the floor around it in the front. Now the radiator fits nicely: 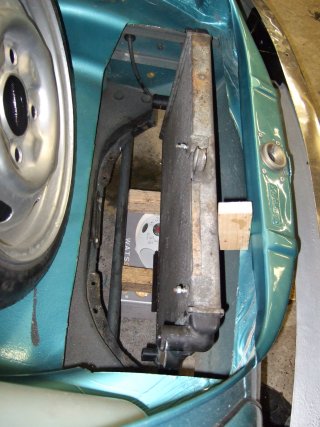 I had to be carefull with the return point of the radiator. It almost hit the framehead, making it impossible to put a hose on it. After raising the radiator a little it cleared the framehead with 2 centimeters: 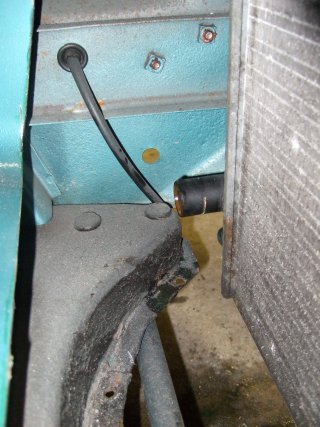 (in this picture it looks like it is touching the framehead, but it really isn’t)

As you can see the radiator is hardly noticeable from the front: 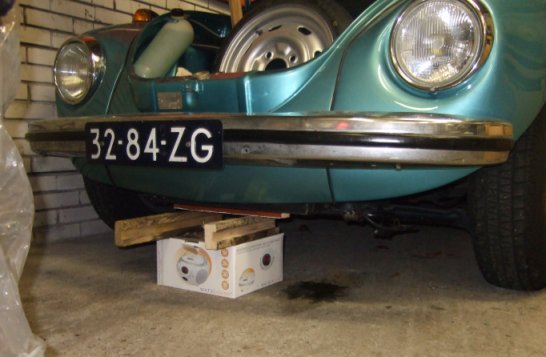 However, the vent holes I will cut into the front apron will be noticeable… 😉