Update 01-11-2009: Because the towing eyelet wasn’t reachable anymore with the spoiler on, I had to create a different one.

I bought this removable towing eyelet from a Porsche 924:

I then welded it to a 0.5 cm thick piece of iron. I also drilled some holes in it and welded two nuts behind the holes. Now I can screw it on to the towing eyelet I allready had.

After that I disassembled the spoiler and brackets. I cleaned up the brackets (I rounded the ends of the brackets with an angle grinder) and painted the brackets: 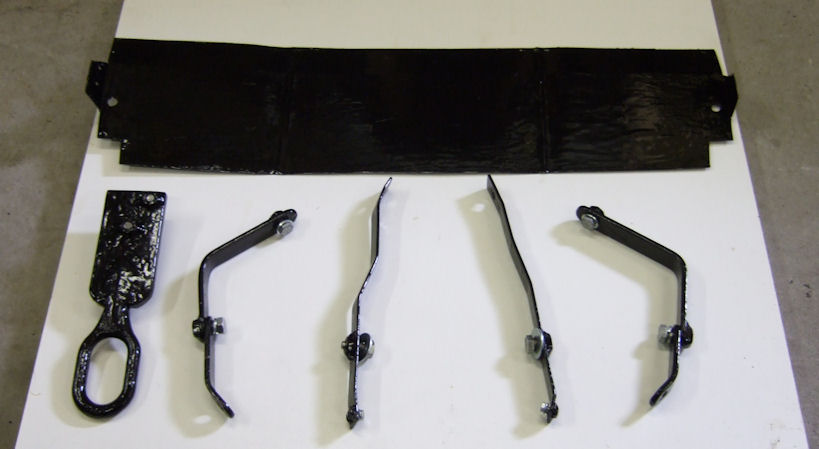 I used hammerite, which is my favorite paint for not-visible brackets. But with hammerite you have to follow the rules on the can, which I normally do. One of the rules is “don’t use it with temps under 10 degrees celsius”. Well, it was above 10 degrees when I started painting, but when the evening came (i started in the afternoon), temps dropped below 10… Which resulted in a crappy paintjob, somehow it dried leaving a strange surface. But hey, the paint is on, and it will probably not rust. 🙂