Most of the glue that held the frame to the car is still on the car. This is the same glue as used for glue-ing in front windshields on modern cars.

I used a “sticker remover razor” thingy I got from ebay to remove it. It has plastic knifes for scraping of stickers.
It was an experiment, and it kind of worked.
I had to change the blade quite regularly, but I got most of the glue off. I did several passes.
There is still a light layer of glue on the car which I can’t remove.
But I’ve read/saw on youtube that when replacing a glued-in windshield, the glue isn’t removed entirely too. And they say it’s better like this because then the new glue has something to grab onto.
It will be covered by the roof anyway. 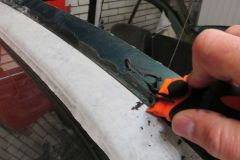 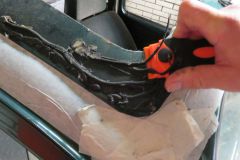 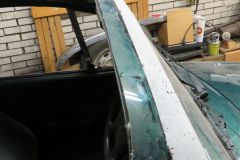 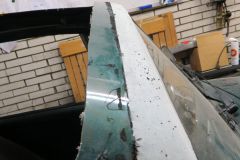 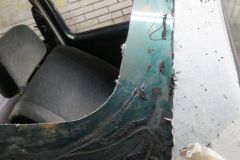 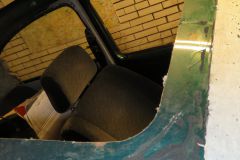 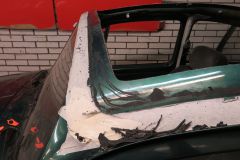 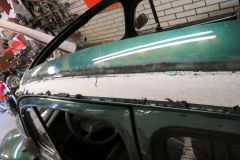 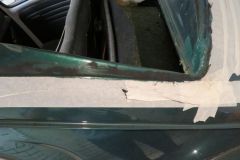 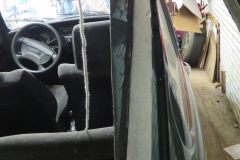 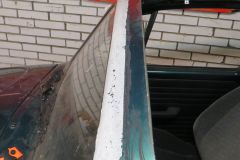 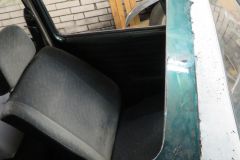 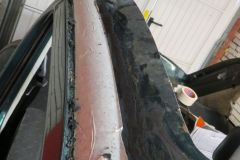