The steering damper bushing in my 1303 was worn, it had too much play in it.
Here is a video of the old bushing in action, but you can’t see the play:

But on higher speeds the steering was a bit “nervous”.

Here is how I replaced it, the old one:

Sprayed it with silicone spray and put a long bolt through it with a 27 mm socket.

Tightened the nut and bolt, en it came out very easily.
The old bushing on the left, and the new one on the right. 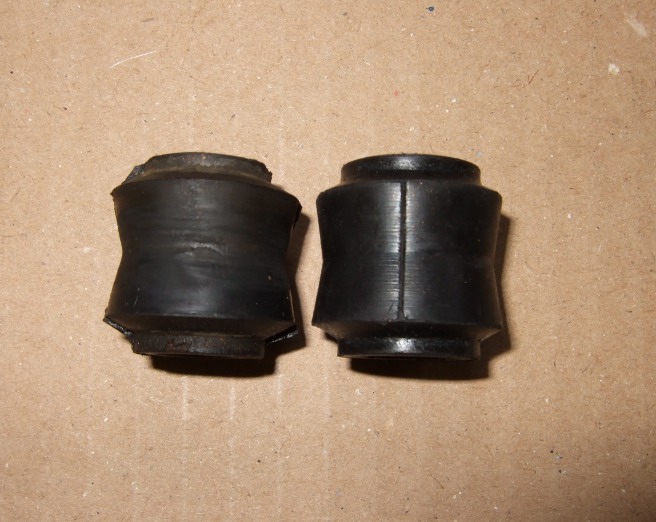 The thickness in the middle was almost 1 mm less compared to the new one!

Greased the bushing and then, first without the 27 mm socket, put the bushing half way in using a (smaller) bolt again: 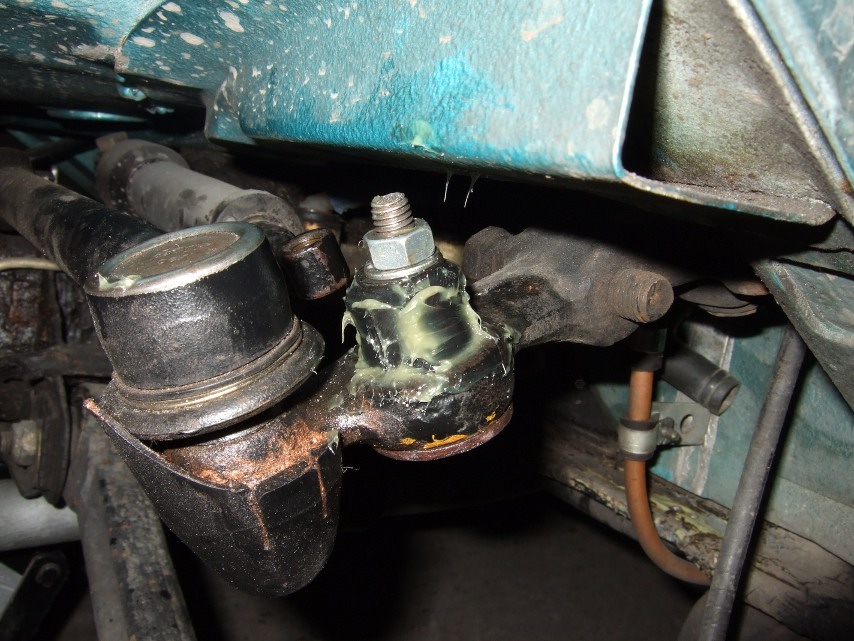 Then put it all the way in using the longer bolt and the 27 mm bushing: 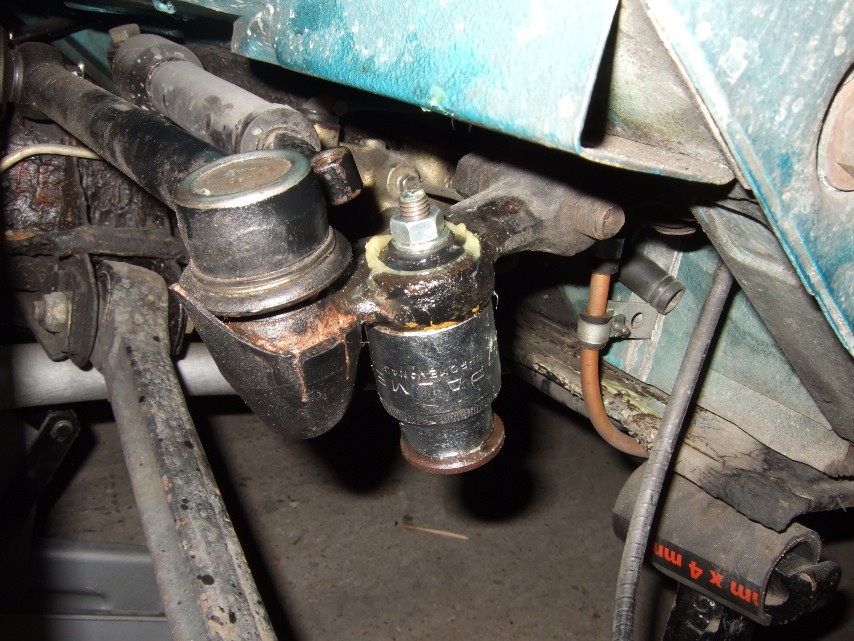 Done! It’s very easy to do if you use this bolt-and-socket technique. 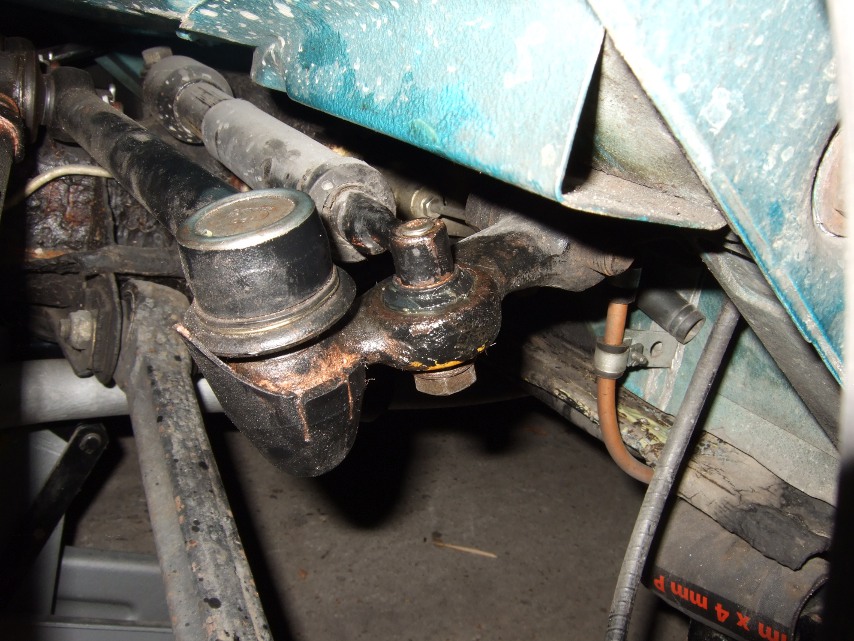 Test fitted the old steering damper. After taking this picture I also installed a new steering damper.
Took it for a test drive on the freeway. It feels much better now at high speeds.

I can now steer with one arm, while driving at 140 km/h . 🙂
Don’t know if the new steering damper improved it (the damper did not feel very bad) or the new bushing.