Because I often suffer from neck pain, I wanted to mount a passenger side mirror. I was a bit reluctant to do it, because I kinda like it that the beetle only had one mirror. It’s a nice old fashioned thing. But I like to ride my beetle too, so I decided to add one.

But first I had to drill the hole, and determine where it had to be drilled.
From an A4-sheet I made a template that fitted perfectly on in the A-pillar and doortrim triangle on the drivers side. Then I used a pencil to determine where the hole was. 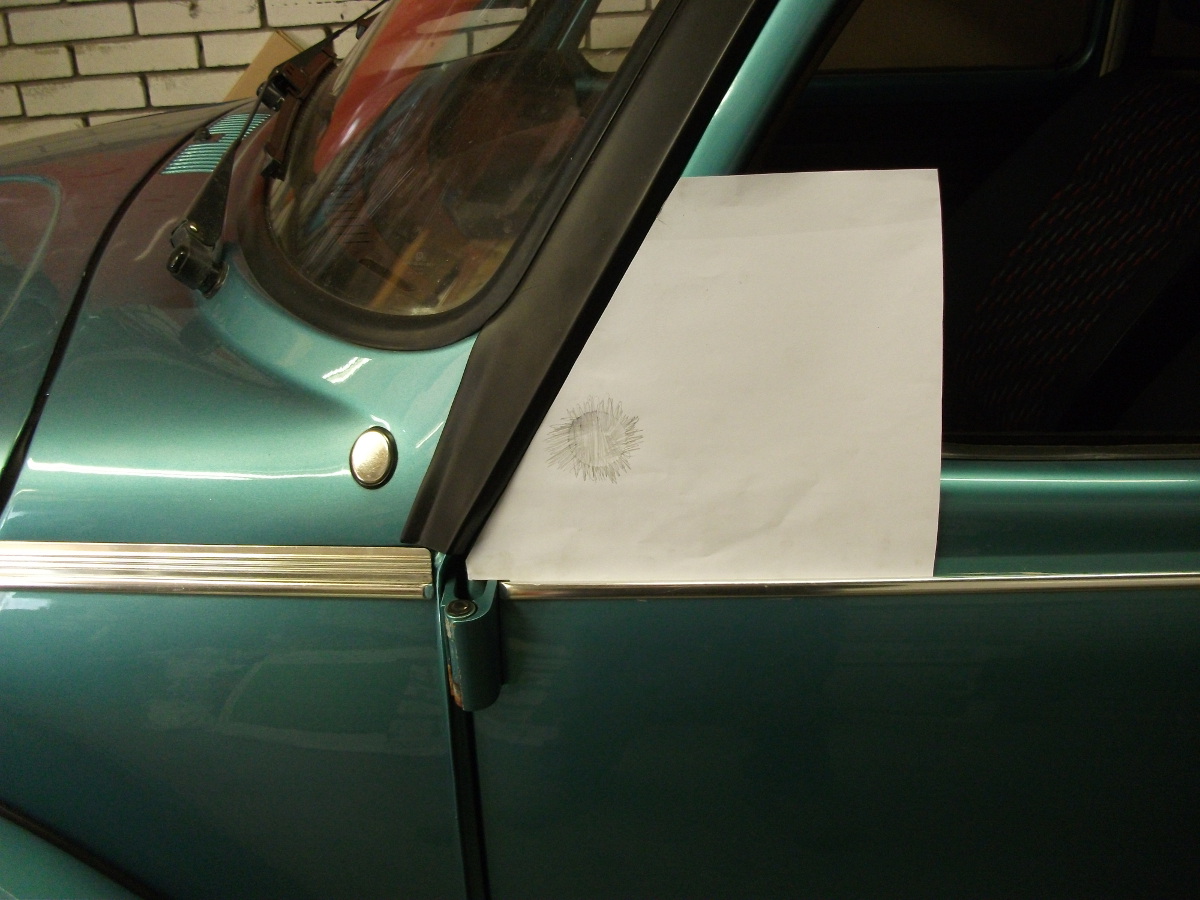 Then I determined the middle of the hole and put a hole there in the paper. I used the template on the passenger door to mark the place where the center of the hole roughly should be. 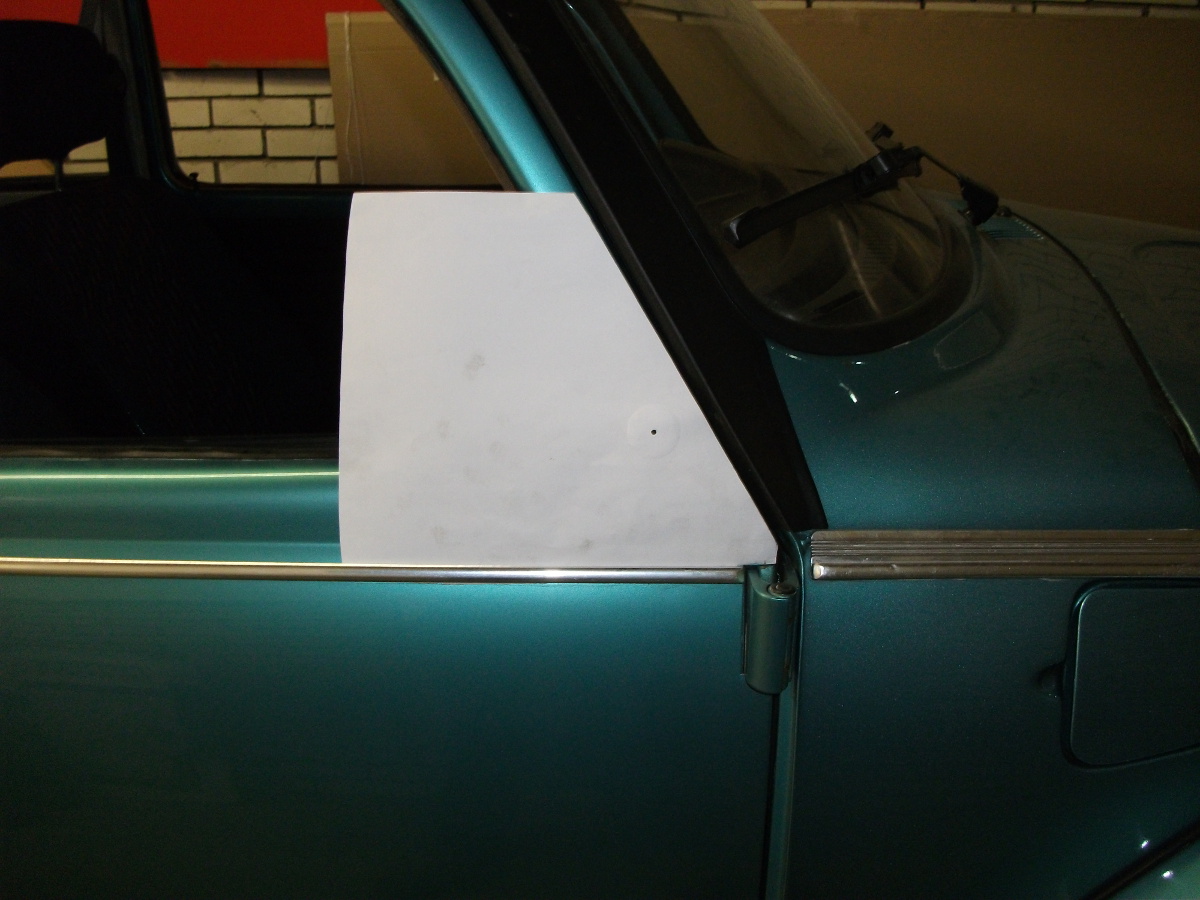 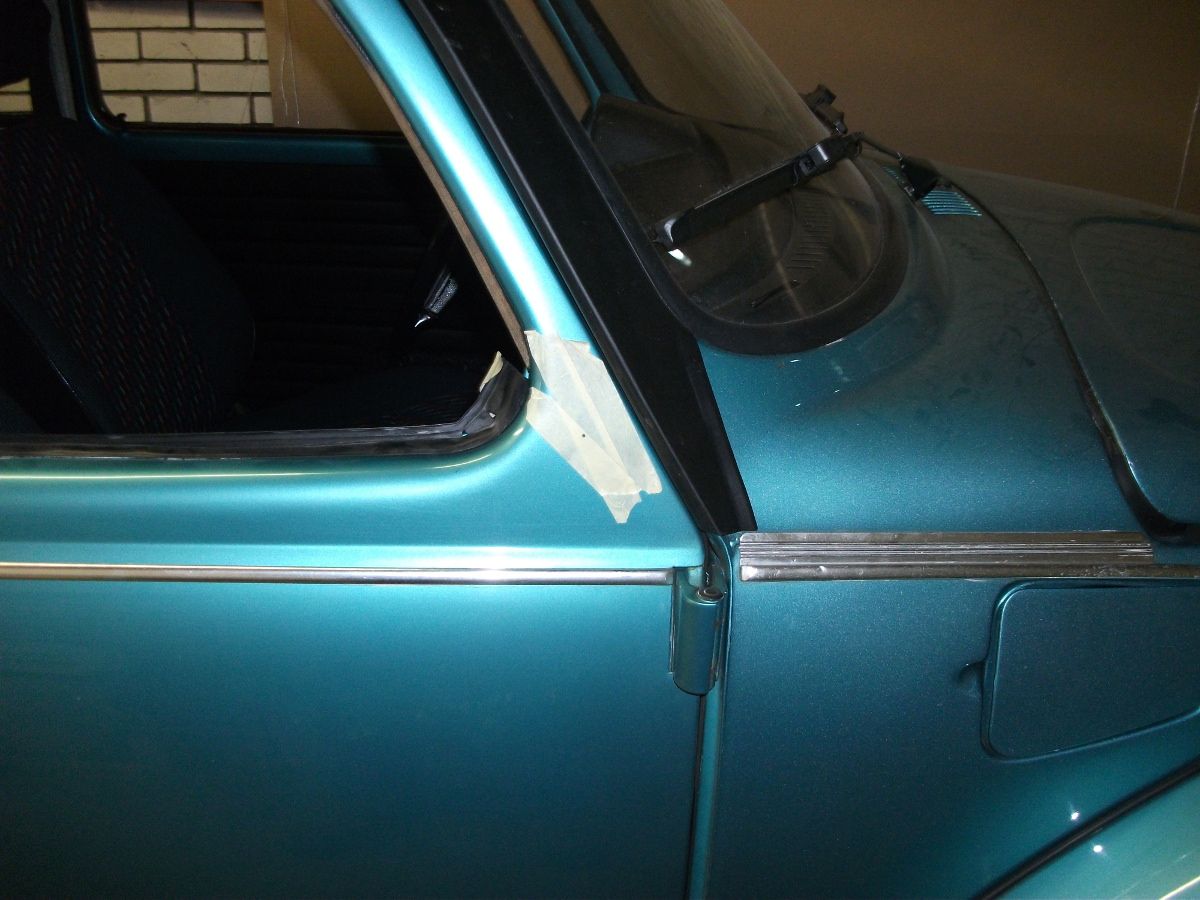 First I drilled a small (4mm) hole and looked inside to see if it approximately in middle of the hole in the inner plate. The door has two layers. The outside, and a “frame” behind it. In this frame the hole for the mirror is already drilled.
Then I enlarged the hole so that it is as big as the hole in the inner frame. Don’t use the paper template for enlaring the hole, the left and right side doors are probably not a 100% mirror image (these cars weren’t made on a computer). But just enlarge the hole slowly so it becomes just as big as the hole in the inner frame.
But, I wasn’t ready yet, I saw on the drivers side door that the inner (frame) hole is a bit smaller then the hole in the outer skin. This extra room is for the mirror bracket rubber.
I measured the hole on the driver side and drew the bigger hole in masking tape on the passenger side. Then I used a small drill (I believe 1 or 1.5 mm) to drill holes all around the hole. 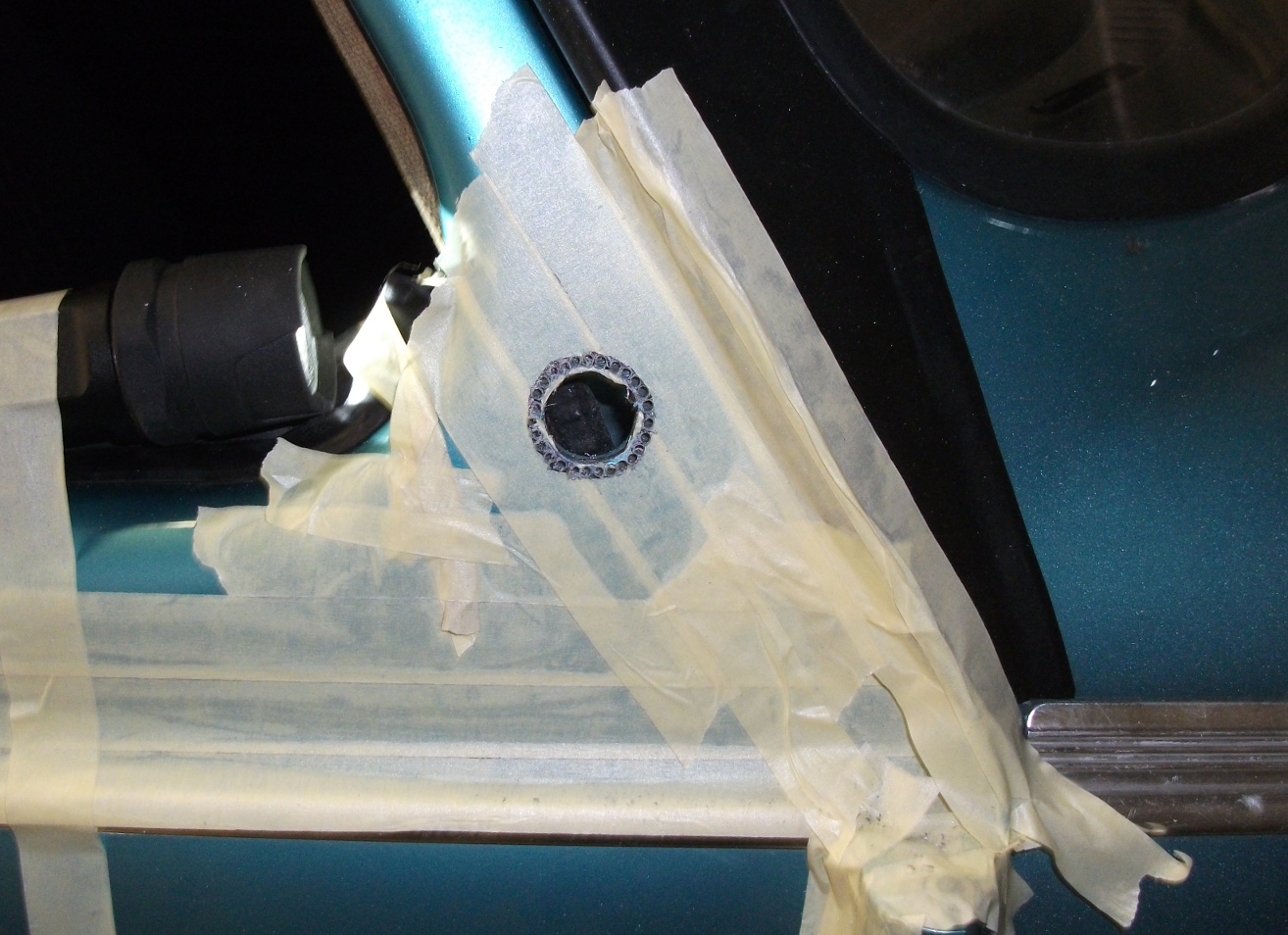 Then, with a small file that fits into a drill, I made the hole bigger. I used this kind fo file: 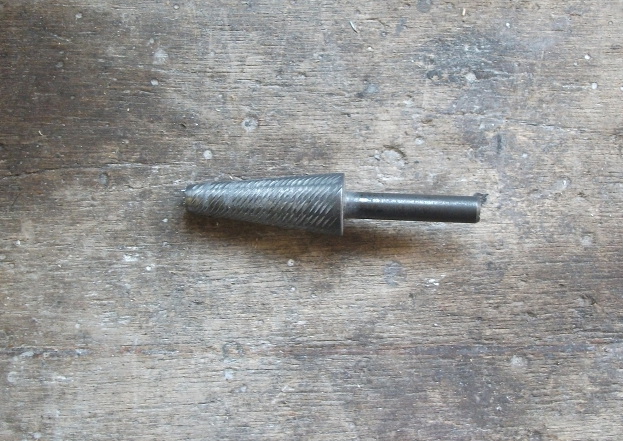 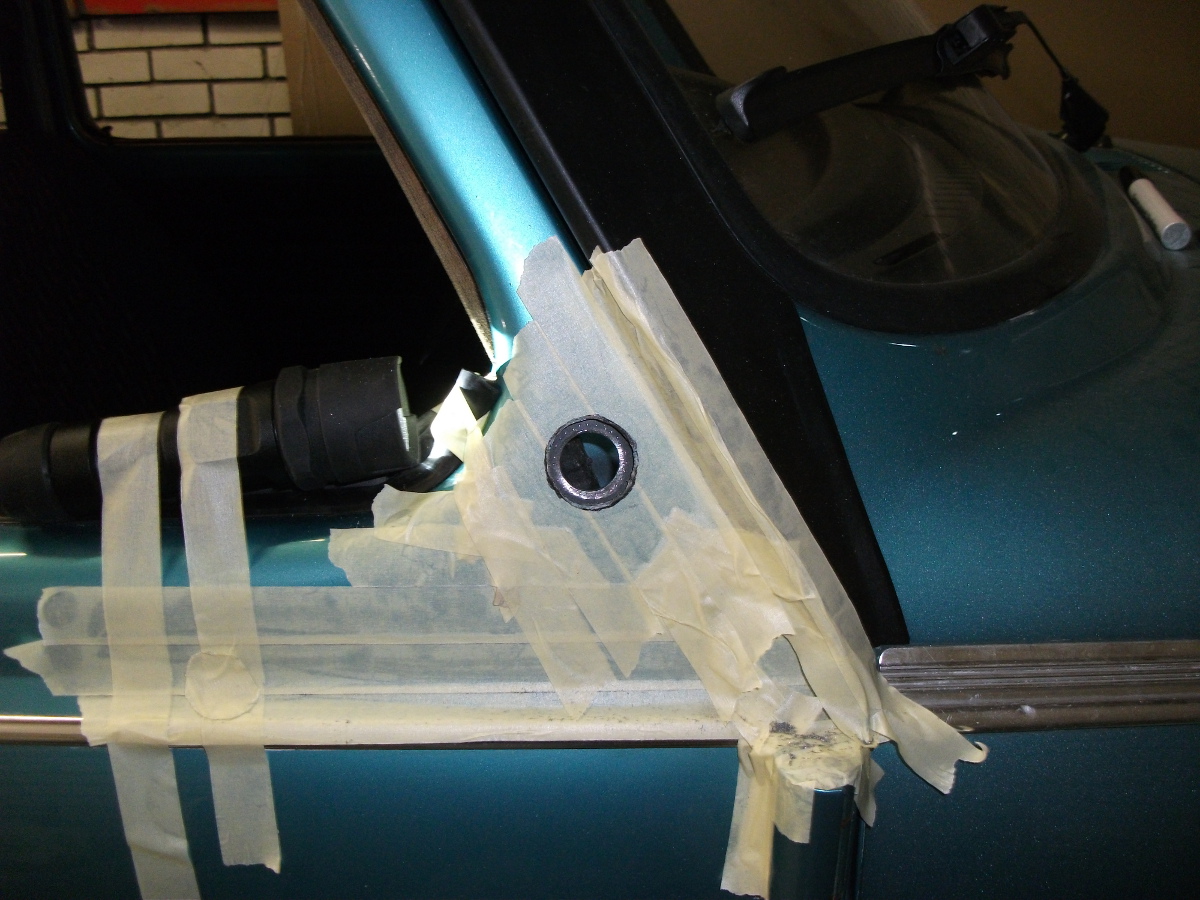 I repeatedly test fitted the base of the mirror to see if the hole was already big enough: 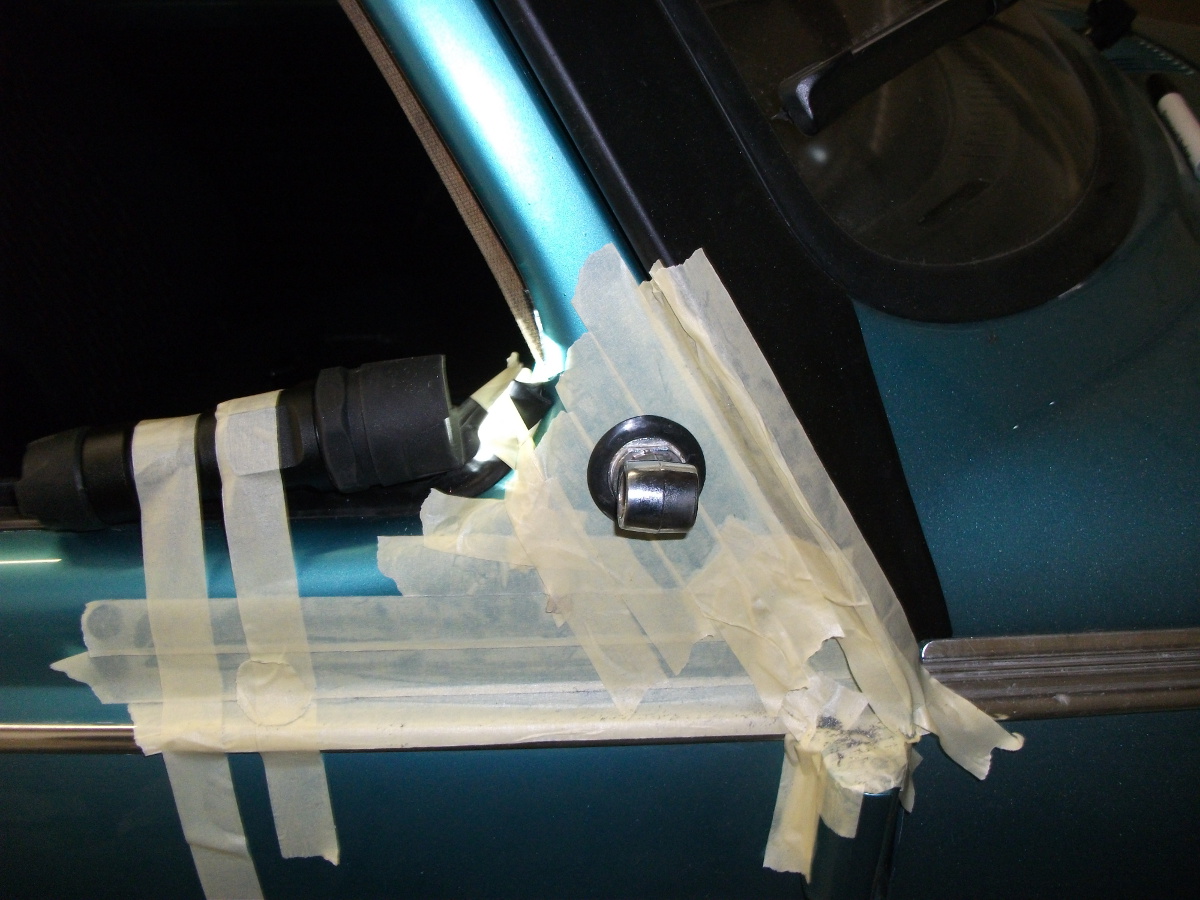 Now, first, I treated the hole with rust-preventive paint: 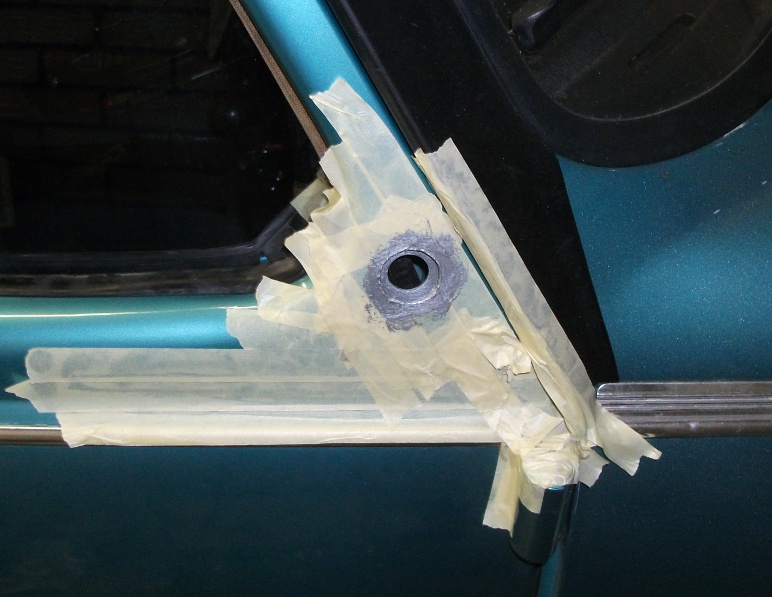 And then I had to mount the mirror, which was easire said then done. At first I removed the door panel, and after I winded the window all the way up, I could reach the hole from the inside. I have one-piece windows, so I did not have a vent window in the way ( I think those should be removed for this).
First, I made an an old 24 mm wrench smaller with the grinding wheel, and clamped the nut (purchased at a VW parts store) with tape. With this I got the nut right in front of the hole, but the nut was still too far away so the thread did not catch… After a lot of trying, suddenly the nut fell out of the key somewhere in the door. And of course it fell behind a piece of double sheet metal at the bottom of the door where you no longer get ot out … 🙁
Therefore, I recommend that you put some old rags there so that the nut can not fall into it.
Then I had to become creative because I had no second nut. But I did have a bracket that’s meant to be screwed on the outside of the door. I used a grinding wheel and a file to modify it so I could use it as a nut (a 19 mm one). And with that I finally managed to fix the mirror …
So, getting the mirror base threaded into the nut is quite difficult!
Next time I will probably use a method like this The Samba post. 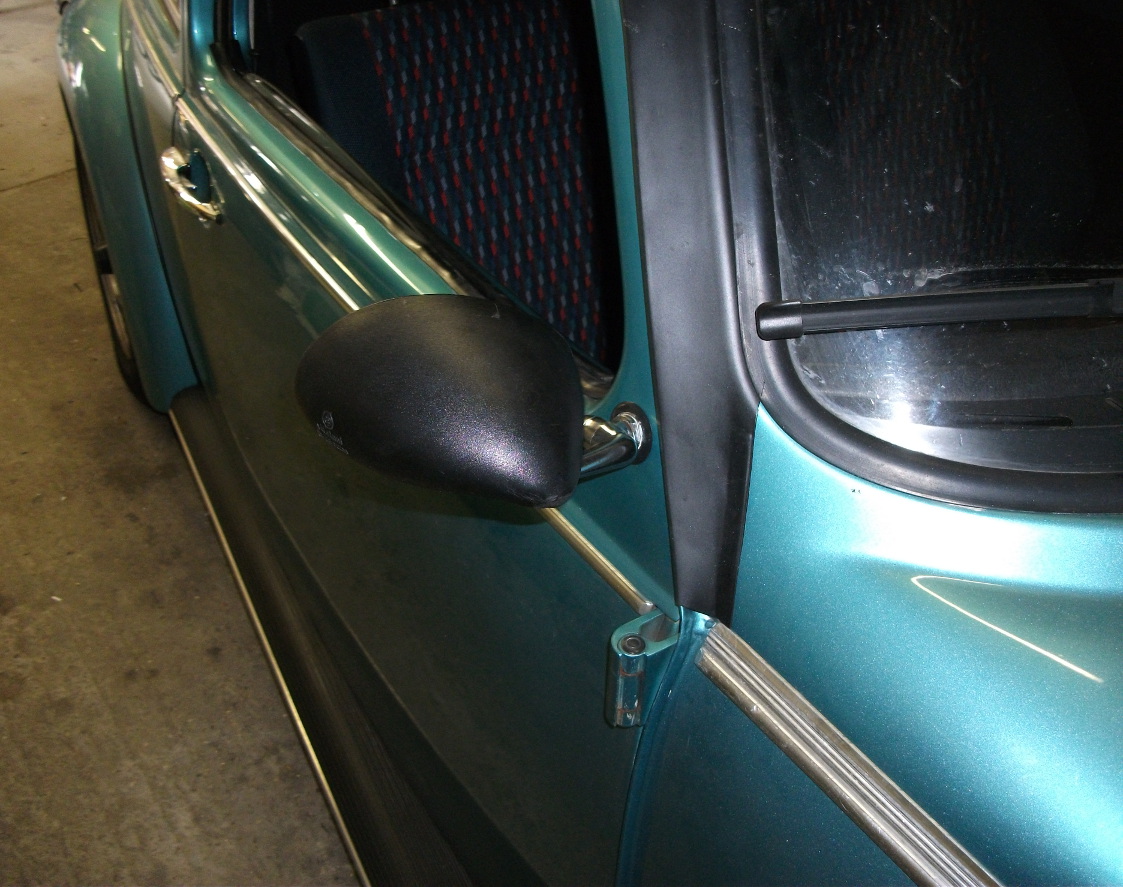 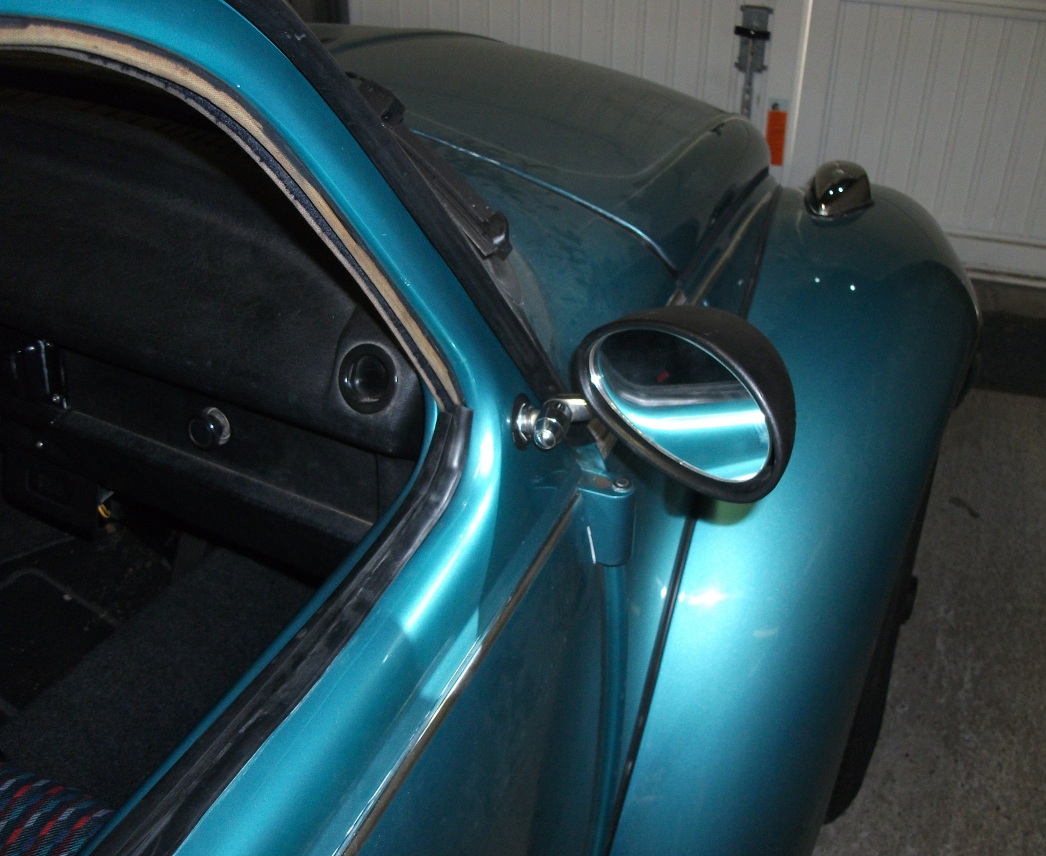 I like it very much, the mirror gives a good overview of the right lane! I do not need to twist my neck 90 degrees anymore if I want to merge to the right.