Because I don’t have a table big enough to place the roof on, I made a frame of some left over wood I had in my garage.
The frame placed on two (also homemade) trestles made a nice place to put the frame on.
I started by removing all the glue on the underside of the rails.
This glue was left over from the white foam strip that was attached there to act as a soft buffer between the top edge of the interior shels and the roof rails.
It turned out, using white spirit was the best method. I put some on with a rag, waited for five minutes to soften the glue, and then removed it with the scraper i also used on the roof frame glue.
It wasn’t a fast process, and the pictures don’t show it (forgot to take an after picture), but I got all the glue off.
I allready have a replacement foam strip, but this time I choosed to use black foam. The white strip got very dirty from the rail grease, which looked awful.
I hope the black foam will not show it so badly.
This foam strip also has a adhesive already on the back, it’s basically a very thick tape (tape not pictured, btw).

The first bow also had a lot of glue on it, caused by the roof that was glued to it. I also cleaned that too as best as I could. 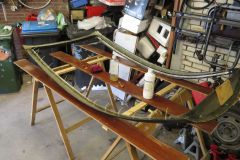 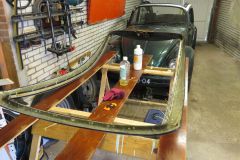 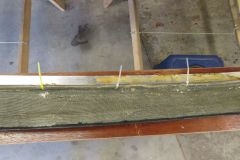 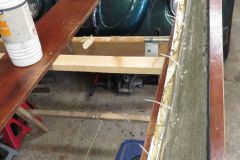 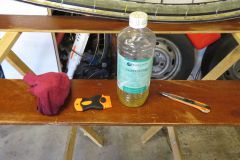 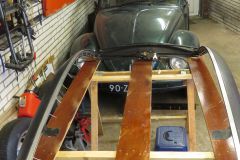 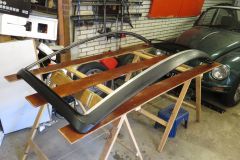 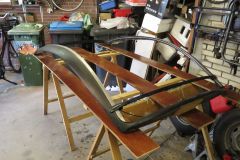 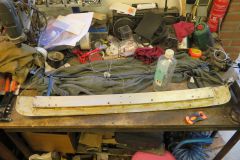