When the decision was made to convert to watercooled, the next thing was to decide which engine.
I Had a couple of criteria:

The engine I choose came out of an Alfa Romeo 33, this one: 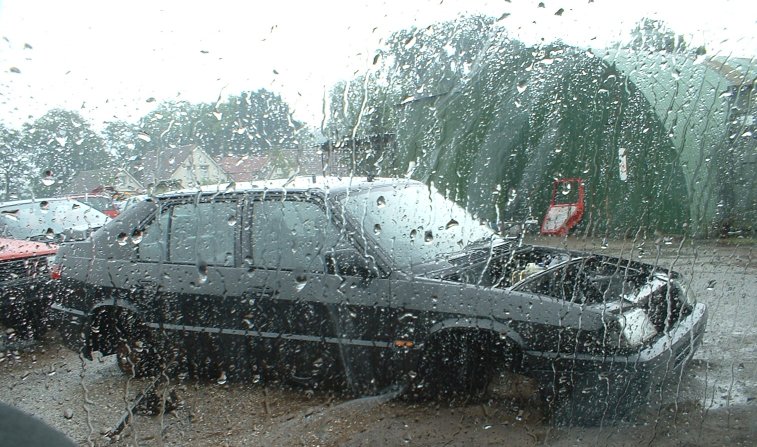 (yeah, it was raining when we went to pick everything up, the minute we opened the cardoor it started raining…it must have been the vw-gods… )

And this is its a 1.4 injected engine: 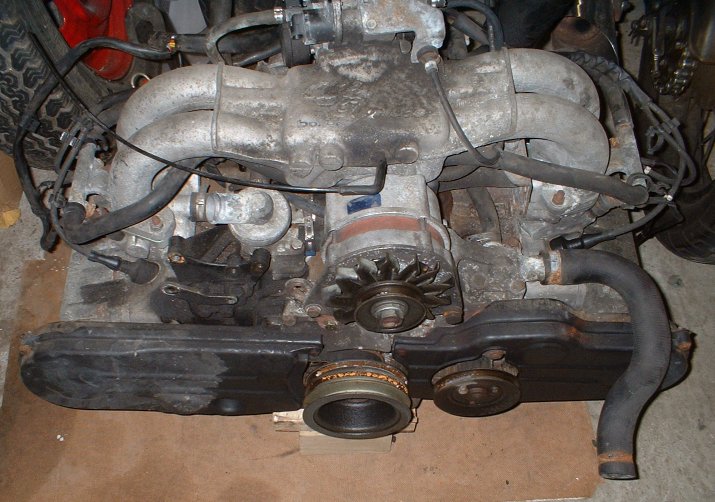 The great thing about this engine is that is has a wasted spark system on it (only on the 1.4 engines and some 1.7 engines), which means it does not have a distributor, which is often a cause of problems on a car, and you don’t have to set the ignition timing ever. Furthermore it has hydraulic valves, which means it doesn’t need valve adjustements! And the injection system (from Weber) means no carb-adjustments! I figure, as long as all the sensors are working correctly and the wiring is allright, it should run.
It has about 90 pk (In Hp’s it’s a little more), which is allready 40 pk more than my current 1600 vw engine!