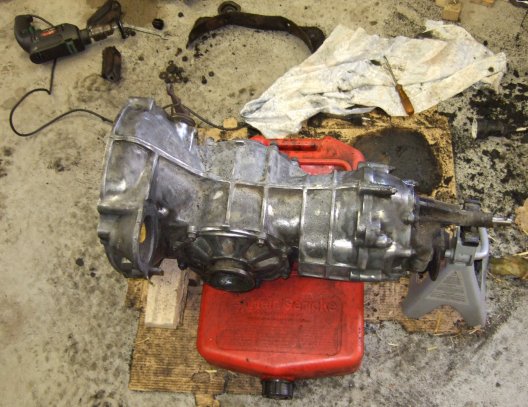 Man, what a mess it made! All this mud mixed with gearbox oil went everywhere. I discovered I have to transfer the nosecone of the current gearbox to this gearbox. This gearbox has the old-style front gearbox mount.

edit 15-08-2007: This week I started to take the beetle apart to change the gearbox. I started with this: 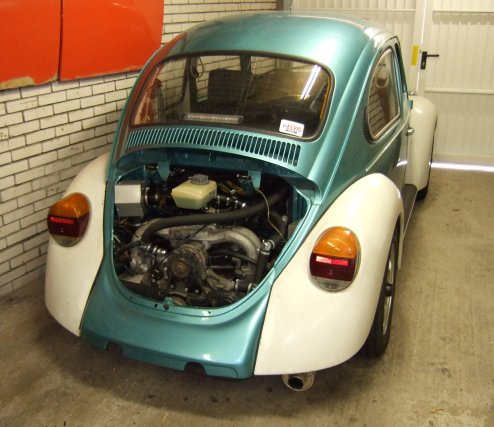 Than with a plan-off-attack (in dutch): 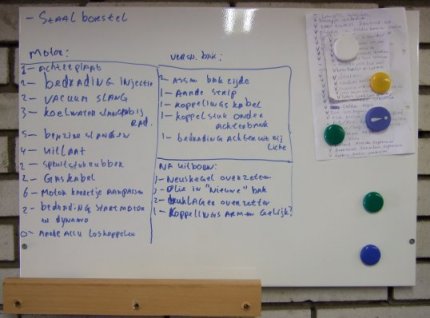 I took the engine out:

And after that the gearbox: 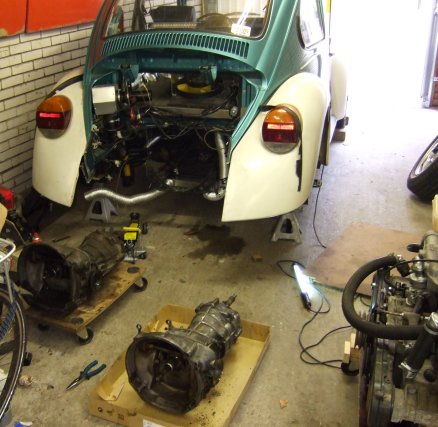 I had to transfer the nosecone of the original AT gearbox to the AM gearbox: 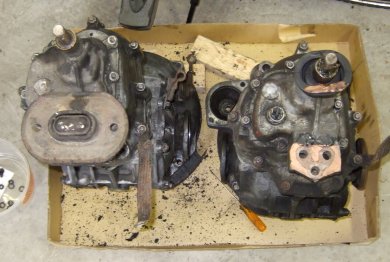 The front gearbox mounting is different. 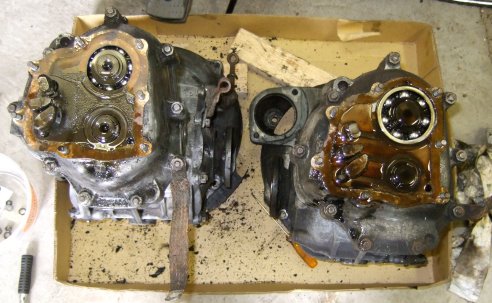 And the AT nosecone on the AM gearbox: 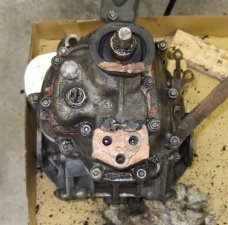 Now I have to put it all back in.

edit 19-08-2007: When I was ready to install the AM gearbox, I noticed that the clutch levers where different: 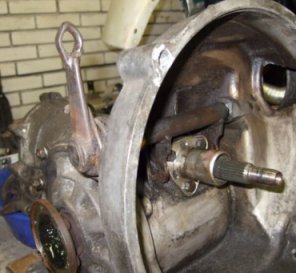 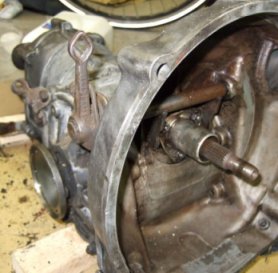 The one on the left is the AT gearbox, the one on the right the AM. Notice that the AT lever is longer! And the throw-out bearing axle is thicker too. After I put the engine back in I noticed that his shorter clutch lever caused the clutch to operate a little heavier.

Here’s the gearbox back in: 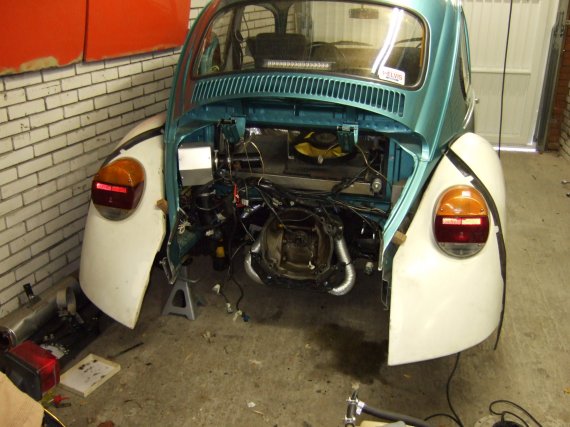 And the engine back in: 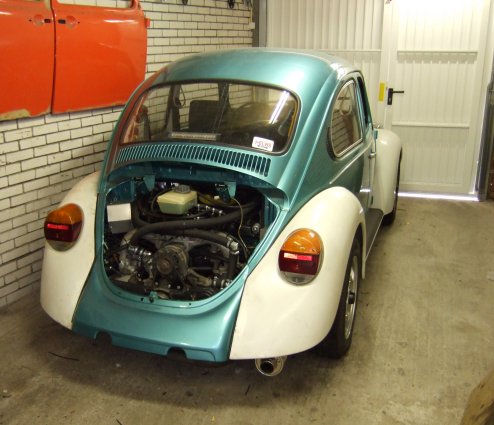 Done!
After a test run it turned out it didn’t matter a thing for the cooling. Apperently a 10% in waterpump speed doesn’t matter.
But, this drives a lot better. The engine pulls and revs better. The downside is that the cluth operates a little heavier now.