I originally build this box to accomodate a radiator (read about it here), but now it’s a nice place to put the coolant reservoir and it makes routing the coolant lines to the front more easier. I maybe will place the air filter here too, it even has enough room for the standard airfilter.
Anyway, this is a report on how I build the box.

I made it out of alumium sheet of 1,5 mm thick, and I pop-riveted together.
This is how I started. 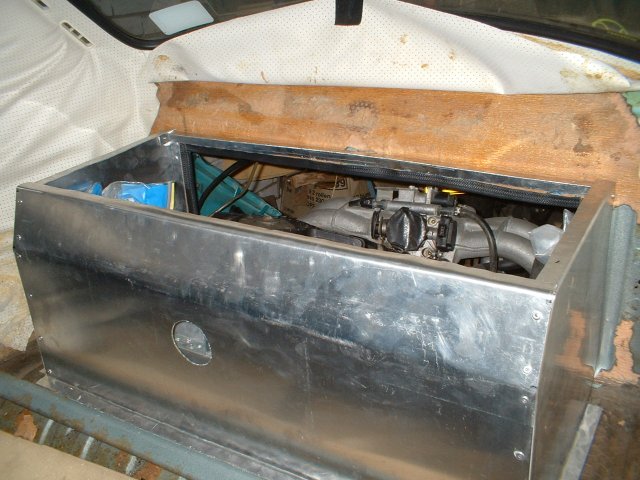 I want to bolt it to the floor of the parcel shelf, and seal it with sealant at the bottom and at the back. At the top there’s going to be a lid which will be sealed with foam. The hole in the front is an access hole so that I can unbolt the radiator if I want to remove it. The hole will be covered with a lid that can be unbolted.

The view from the top:

You can just see the radiator. The insides of the box will be covered with sound-insulation-stuff.
The box might seem a little high in the pictures, but the rear backrest is still a couple of centimeters higher that the box. I can still put the parcel shelf cover (in dutch it’s called a “hoedenplank” which translates to hat-shelf.. 🙂 ) on. I plan to do that, so I don’t have to cover the entire box and what’s left of the parcel shelf with carpet.

edit 15-04-2006:The box is now finished and can be bolted into the car. I attached latches on the side to hold the lid down.

I covered the outside of the box with tarboard, and the inside with sound-deadening foam. I did the same to the lid. 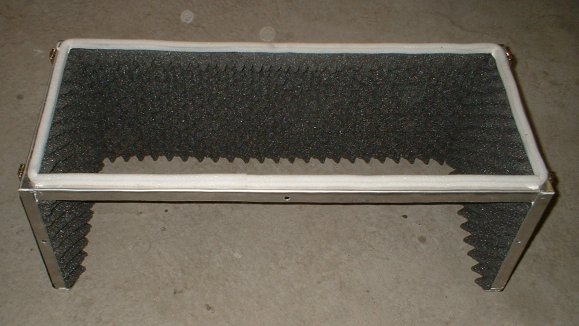 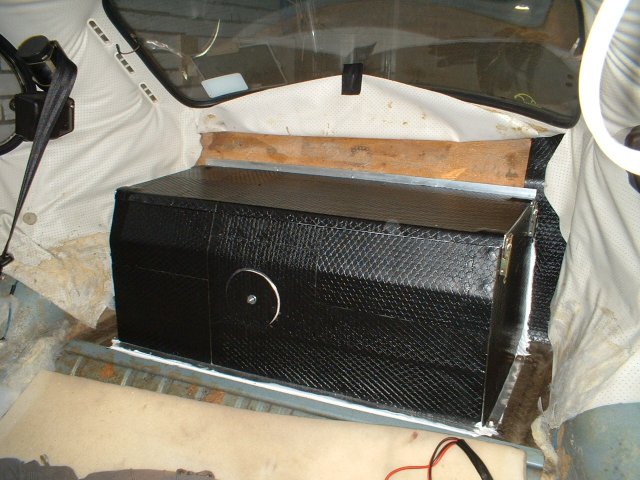 My own king-size black-box!