I bought these fog-lights on a local advertising site: 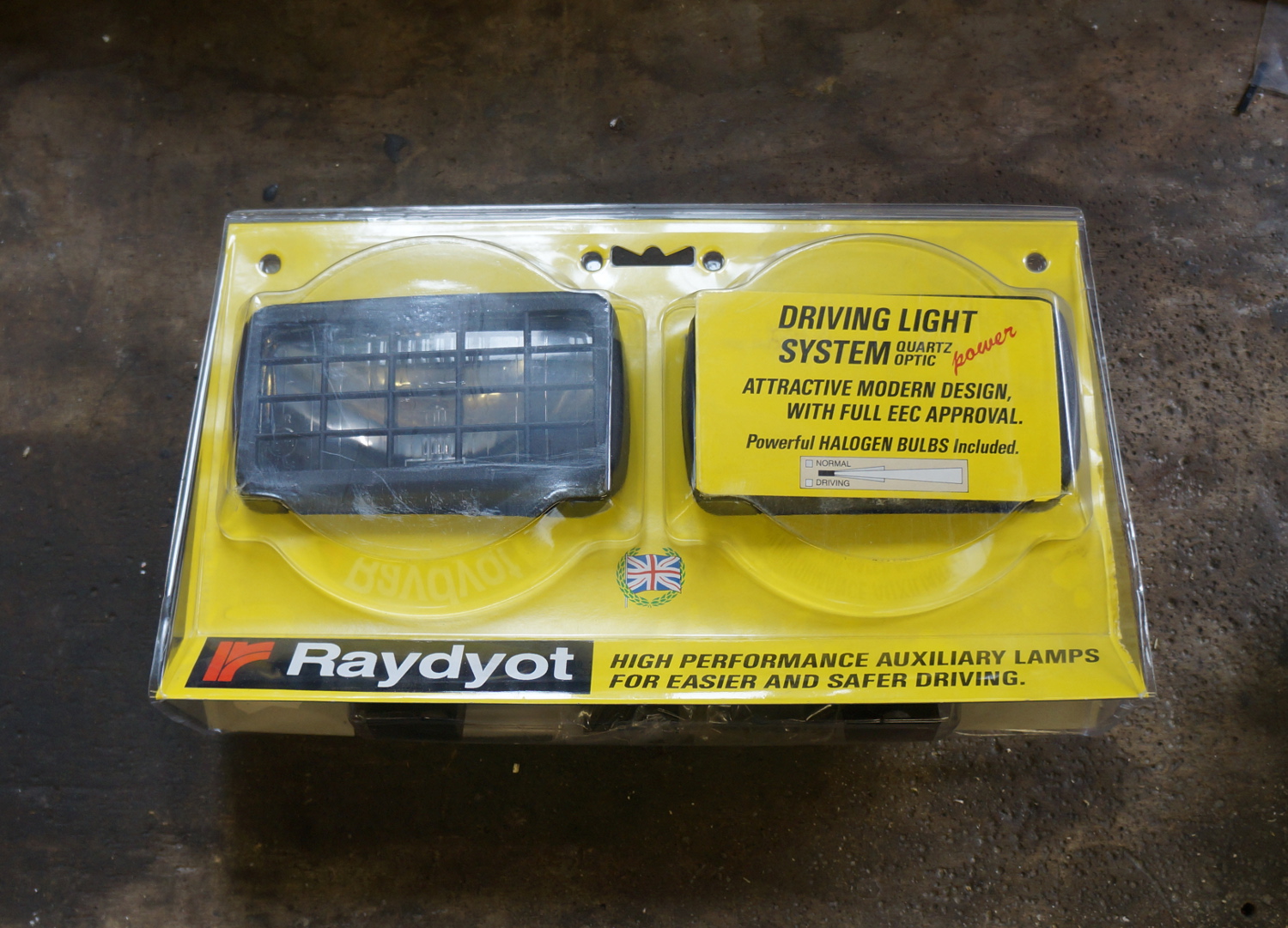 The nice thing about these, is that they have these guards in front of them. Those will nicely “hide” the DRL’s.

Then I bought these DRL’s through the german ebay: 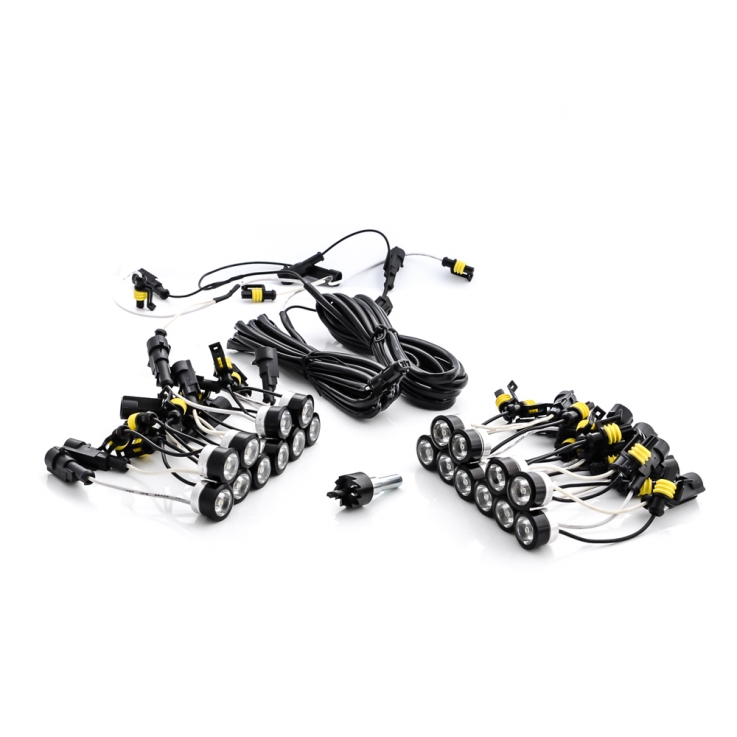 This DRL kit consists of 2 x 10 small round LED’s with a 2 cm diameter. The kit came with a drill for drilling the holes. Sadly the holes where just a little to small, so I had to file the 20 holes a bit to make the ligths fit.

The kit also came with the before mentioned module, but that’s not in the picture. It’s a little black box with wires coming out of it.. you get the picture… 🙂

The glass of the fog lights were attached with sealant. I carefully cut away the sealant and then I could gently pry the glass from the housing. Then I used the glass as a mold for the plastic inserts that will hold the DRL’s and will fit in the place where first the glass was. 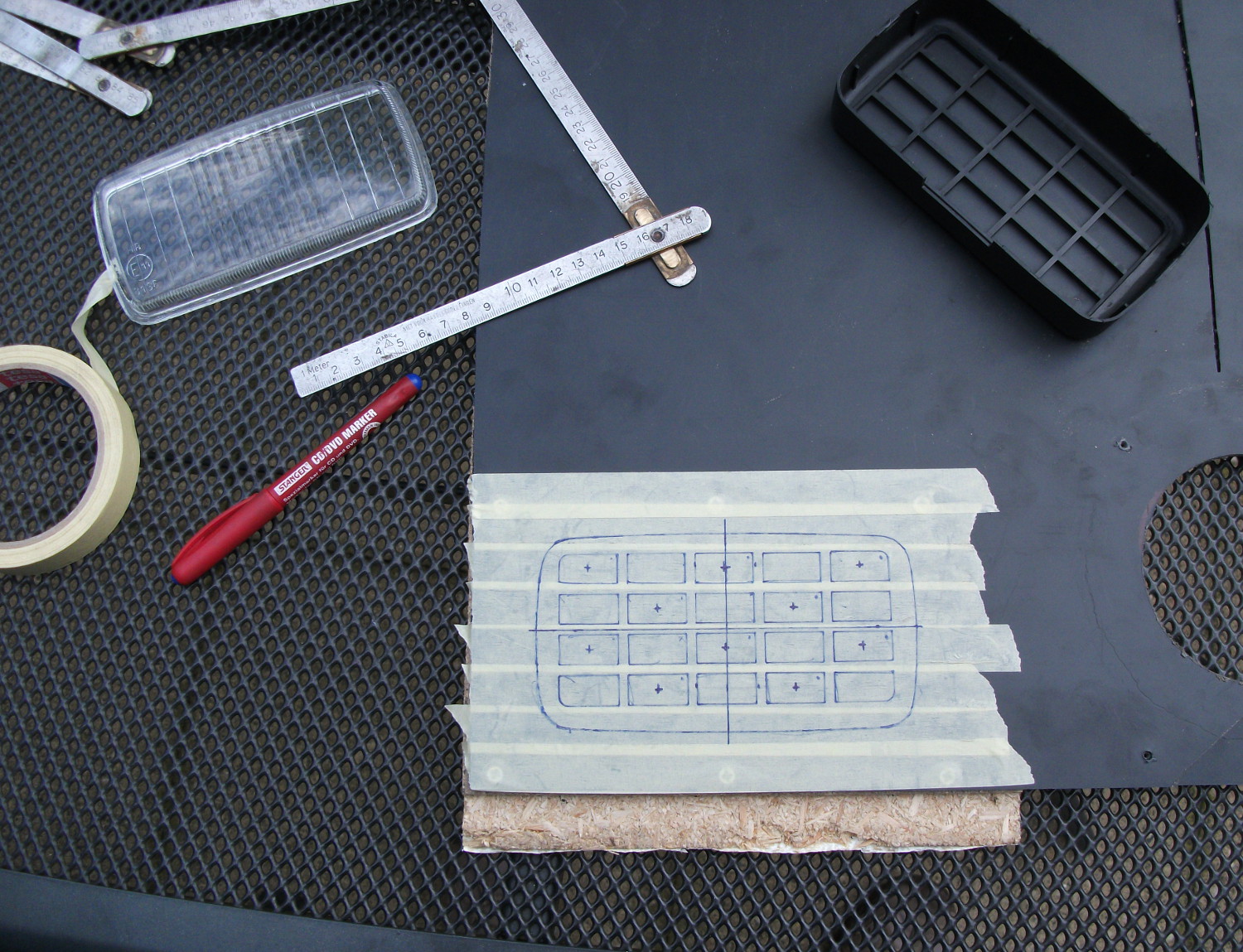 I used the guard to draw the grid on it, and precisely determine where the holes for the DRL’s had to be drilled. I screwed the piece of plastic to a left-over piece of chipboard to make sawing the thin plastic easier. I then first drilled the holes, and afterward sawed out the insert with a jigsaw: 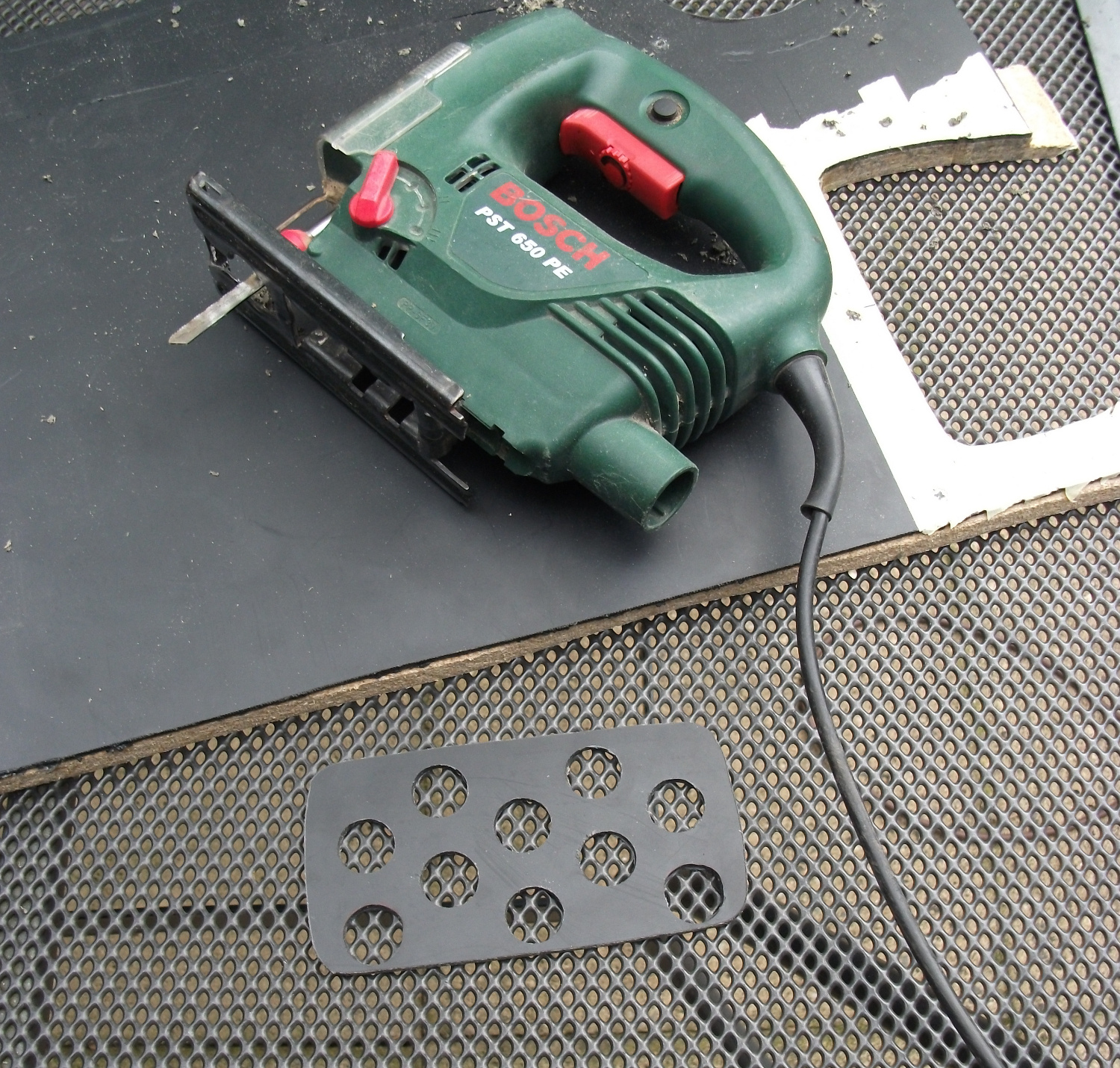 Then I made some support tabs inside the fog light housing. The insert will be screwed to these tabs.

And I put the DRL’s lights in and glued them to the insert with a hot glue gun: 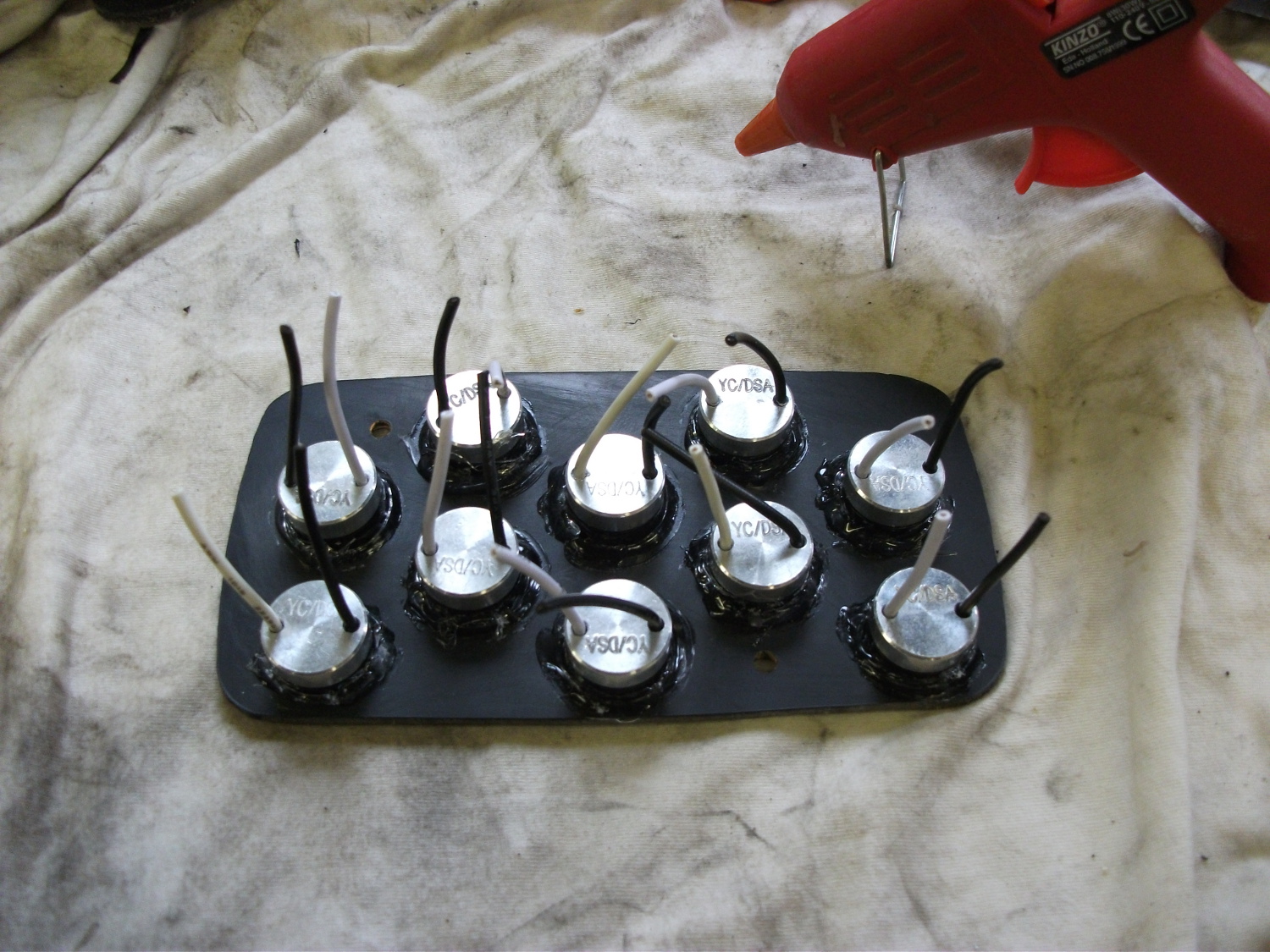 Because there wasn’t enough room inside the fog light housing for all the connectors, I cut them off and soledered the wires together: 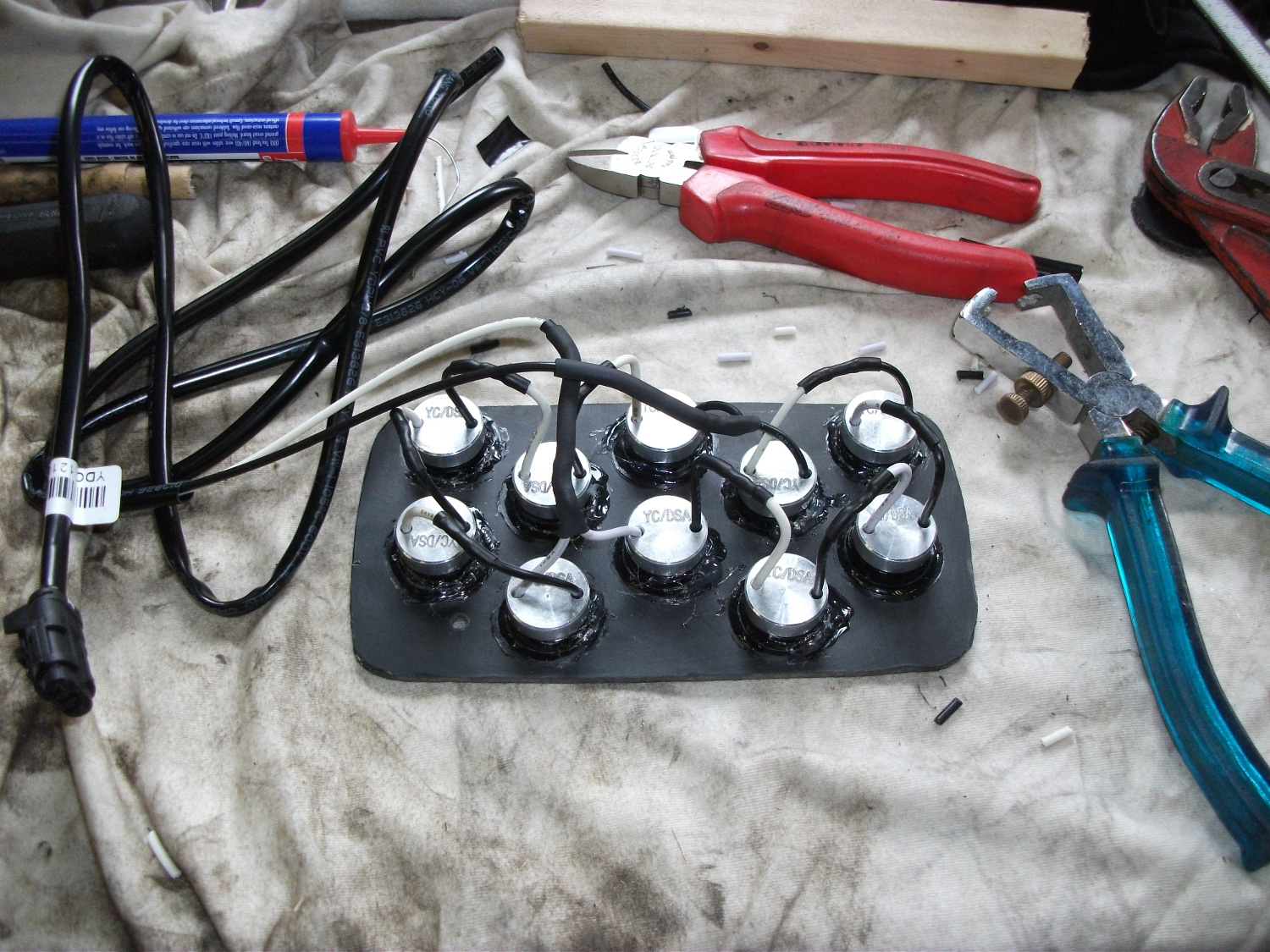 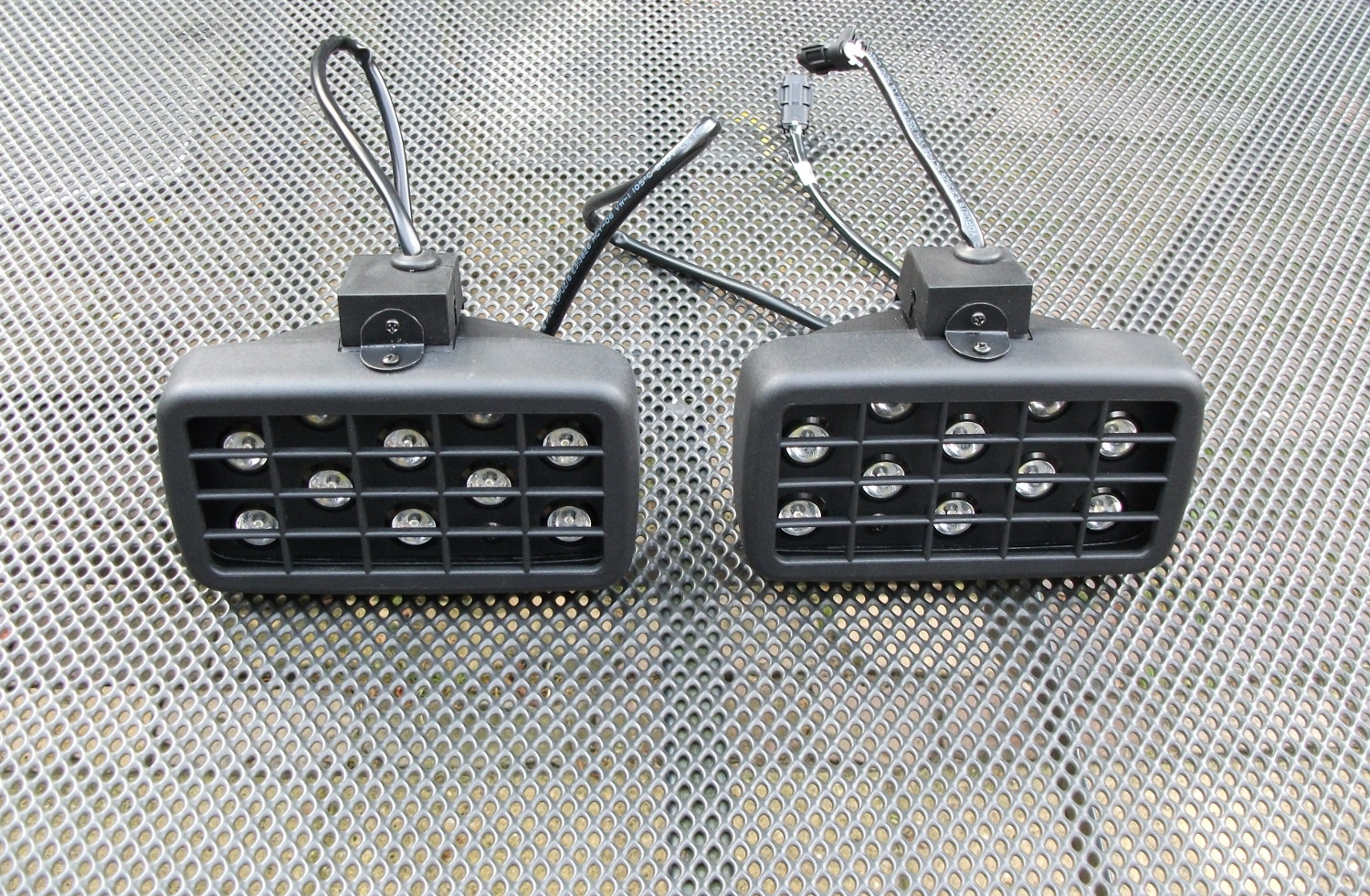