At first I wanted to use the rev-counter and temp-gauge out of the original Alfa 33 cockpit. But, when I took it apart, I discovered it would take a lot of work to make use of the rev-counter and temp-gauge. I would have to create housings for each of them. I now hooked up the rev-counter signal wire to the little VDO rev-counter I allready had in my bug. I hope the signal provided by the CPU is the same (4 pulse) signal all rev-countes need. If this wouldn’t be the case, Alfa Romeo had to use a special rev-counter for this model, as this 1.4 only had the Weber injection system. The workshop manual only mentions two cockpits. One for the carb-models and one for ALL injection models. So, it still can be different…time will tell…

The temp-gauge is another story. The Alfa temp-sender and gauge was made by Veglia. But the temp-sender is broken (this probably happened when they removed the engine from the car). The temp-gauge I allready had in my bug was a VDO unit with a temp range of 50 to 150 degrees celsius.

It showed the oil temp when the beetle engine was still in the car. I went to a VDO dealership, and I bought a M14 threaded temp-sender for gauges that go up to 150 degrees: 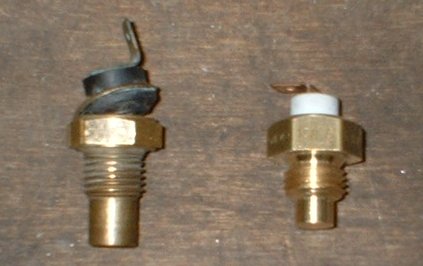 The one on the left is the original broken Veglia sender, the one on the right is the new VDO sender. They told met length didn’t matter… 🙂 .

I allready said that the temp-gauge was originally ment for monitoring oil temp. For this I used a dipstick temp-sender. Because oil temp is also important, and I allready had this thing, I decided to try to use this sender on the Alfa engine. These are the two dipsticks, the top one is the Alfa dipstick, the bottom one is the beetle one with the sender:

Then I added some markings on the dipstick to match the level-markings on the Alfa one. And now it fits the Alfa engine. It is a bit of a reach down to get to it, and I had to bend it a little bit to clear the oil filter, but it does fit nice.
Now I want to make a switch in the dashboard so I can switch the temp-gauge between water-temp and oil-temp. 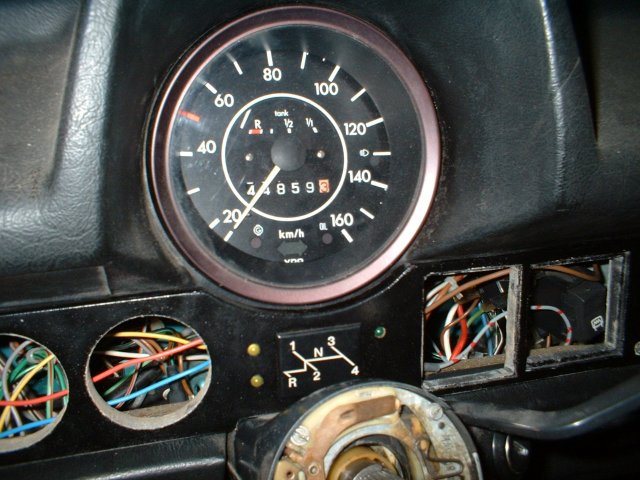 The two yellow ones are indicating fan-is-switched-on and engine-overheating, the green one indicates that there is power going to the fuel pump.

edit 10-06-2006:Installed a switch to be able to switch between water temp en oil temp. The switch is hidden away under the dashboard. 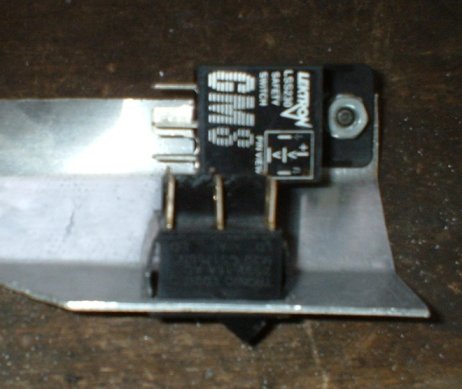 The little black box above the switch is a safety relay I thought I needed to switch of the fuel-pump in case of an accident. It turned out the CPU allready did this for me, so it wasn’t needed anymore and I removed it.