When you turn the lights on on your car, the dashboard light to illuminate the speedometer, temp gauge, voltagegauge and clock also switch on. The speedomoter has 2 bulbs, and the tempgauge, voltage gauge and clock have one each. These bulbs are 2 Watt bulbs, so that’s 10 Watt. During the day this is a waste of energy. So I decided to replace them with LEDs also.
I believe there are LED raplacements for sale that you can just put in the place of the original bulbs, but they are quite expensive. At least, a lot more expensive that some LEDs and resitors and old bulbs…
So, I decided to make my own (this is my second attempt, my first attempt was partially succesful).

Now, most LEDs can’t handle 12-14 volts directly. Usally they can take around 3 Volts. This means a resistor should be used to bring the voltage down.

I soldered the resistor to one side of the LED, it doesn’t matter to which connection it is soldered. BUT, pay attention to this: a LED has a plus and minus side. To the plus side the 12v of the car has to be connected, the minus side has to be connected to a ground. If you switch these around (ie plus side to the side of the bulb houding and the minus side to the bottem) the LED will not work!

After this I soldered wires with connectors to the LED and put some heatshrink around the exposed areas. Then I put a little piece of fuel line around it and secured it with a tie wrap. The fuel line is cut open and trimmed so it fits nicely in the former speedo light hole. 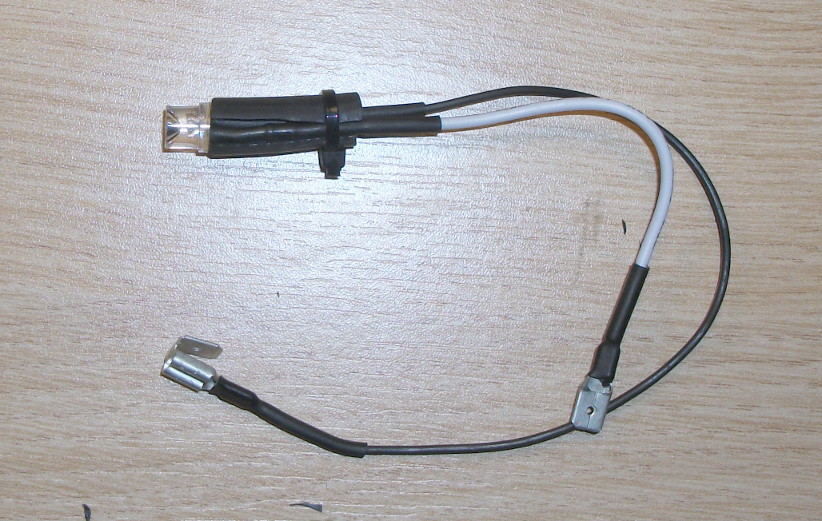 It now fits snugly in the speedo light hole: 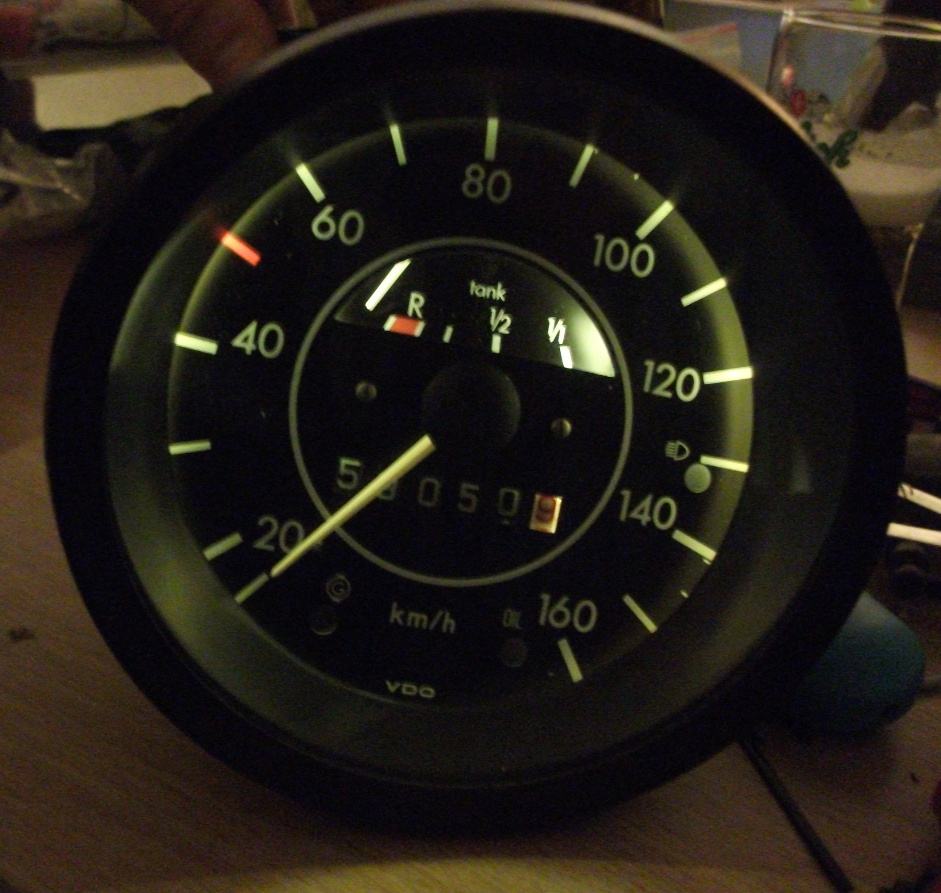 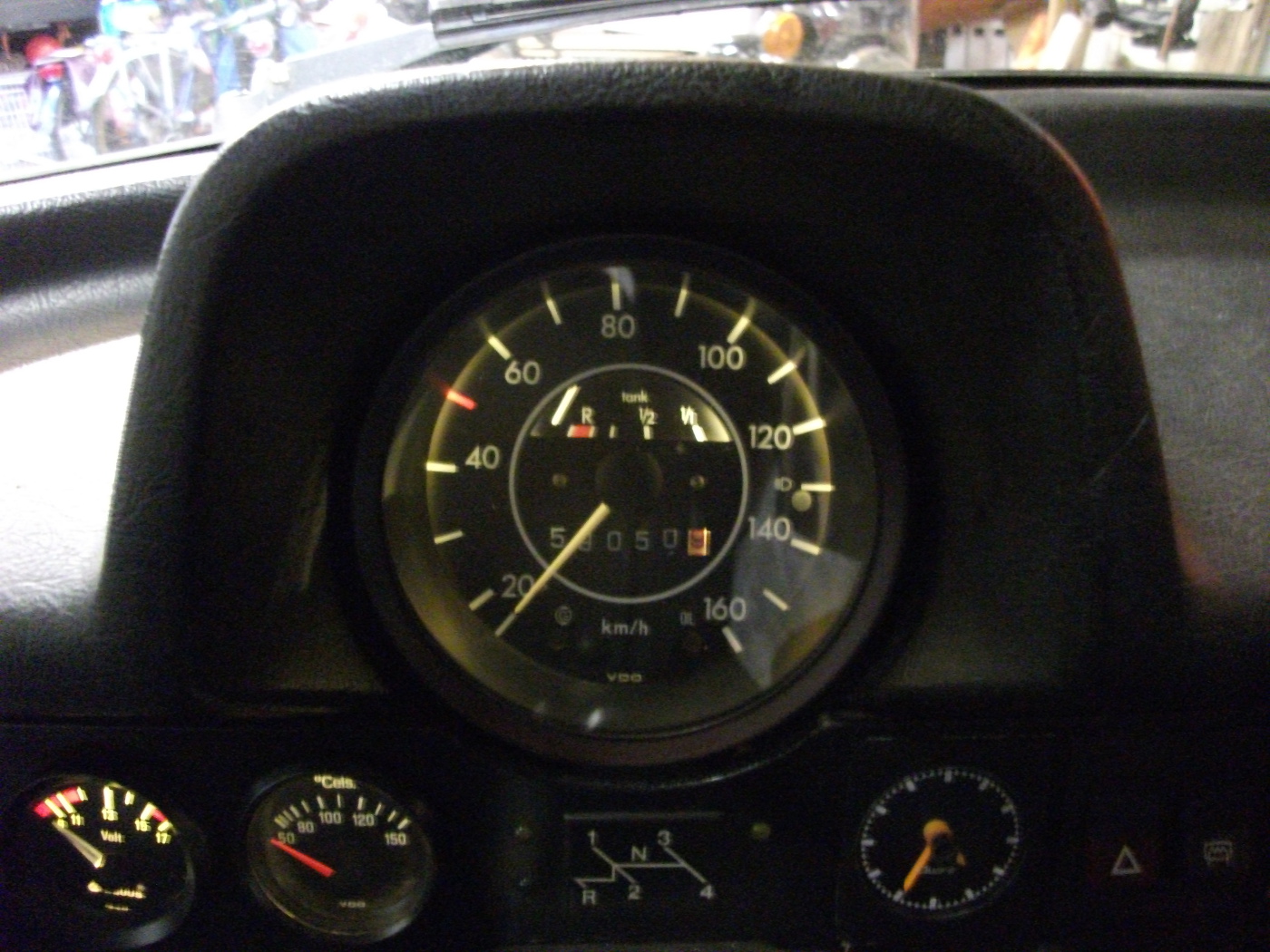 The voltage gauge and temperature gauge allready got these 180 degree LEDs in them. I will still have to sort out the clock (it’s also running a bit slow).

The only “downside” is that the dimming functionality hardly works anymore. I can dim it a little bit, but I cannot dim it to black anymore. But I don’t care about that, I always have these lights at it’s brightests.