I want to try to build an exhaust with this “spaghetti” exhaust which is originally meant for a beetle engine:

Here is a mock-up under the car: 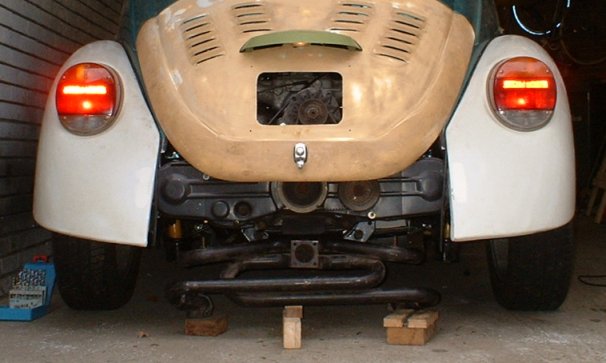 edit 11-02-2007:I ordered a welder, but haven’t got it yet. I allready started on cutting up the standard Alfa exhaust manifolds I have. I’ve got two:

The left one came with the engine, the right one I bought additionally.

I cut up the left manifold, and I cut two pipes from the VW beetle spaghetti exhaust. This is, roughly, my plan: 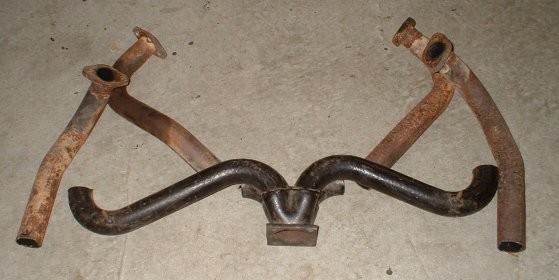 edit 18-02-2007: Yesterday I was talking to my neighbour about this project. I told him the only thing left to do was the exhaust. That reminded him of this motorcycle silencer he had lying around in his garage… It came from a Suzuki 750 cc (he thought) race bike. He said that I could have it if I mounted it on the beetle! Here it is:

It’s good to have nice neighbours… 🙂 It’s a nice alumium silencer with a very big diameter port on the intake side. I will have to make a triangular plate to weld the exhaust pipe on to it. 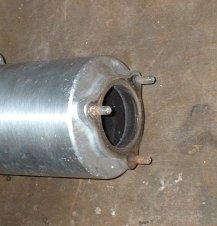 I want to hang it under the rear apron pointing to the left and a little downwards.