edit 10-03-2007: After practising a few hours with my new welder, I started welding on my manifold. So far, I’ve got the tube for one cylinder finished: 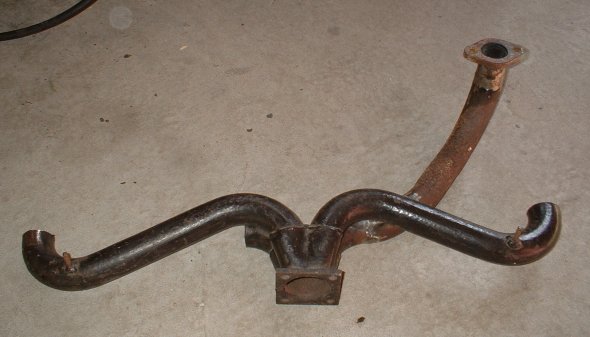 First I’ll do the two most forward cylinders, and then I can measure those tubes and use that length when I create the tubes for the rear cylinders.

edit 18-03-2007: Welded on the two tubes for the left cylinders, it was quite a puzzle to make all three tubes of roughly the same length: 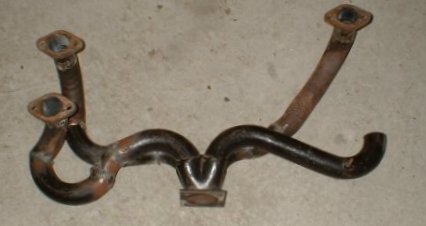 The beetle exhaust proved to be very thin walled and rusty, lots of holes appeared when I welded that metal. The solution for this was to weld in tiny pieces of metal, to cover the holes. An experienced welder will roll on the floor of laughing when he sees my exhaust… But I probably will cover it with heat-isolation tape so almost none of the welding will be visible. I want to use the isolation tape, because the exhaust is right under the distribution belts and (plastic) tensioner wheel.
I still have to weld up some of the seams in between the bits of tubing in this picture.

edit 25-03-2007: Welded on the last tube, and grinded all the welds down. Some holes appeared after grinding, which I rewelded. 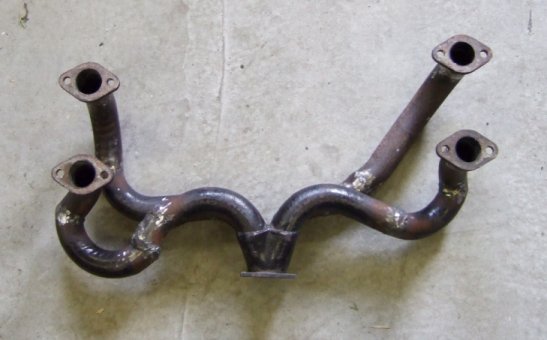 I still have to paint it.
Here it is mounted on the engine: 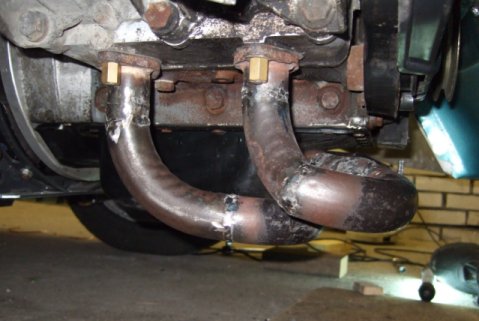 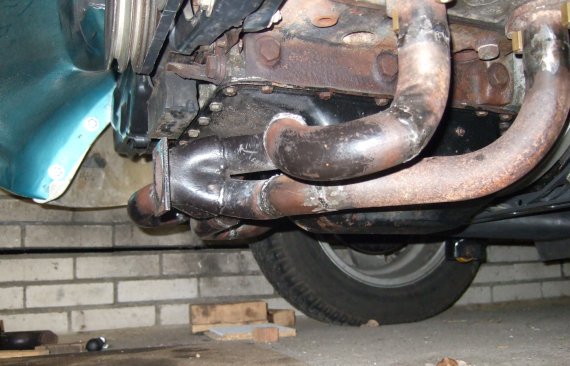