edit 22-03-2010: I am converting my rear drum brakes to disc brakes, see Porsche 914 Rear Disk Brakes. But I ran into a problem, the motorcycle exhaust muffler was to long. It didn’t properly clear the caliper. So I have to change to a different muffler. After a long long search on the internet (considering a lot of second hand mufflers), I concluded the best option was to get a header type VW beetle muffler, and modify it to make it fit my home made header.

I finally bought this: 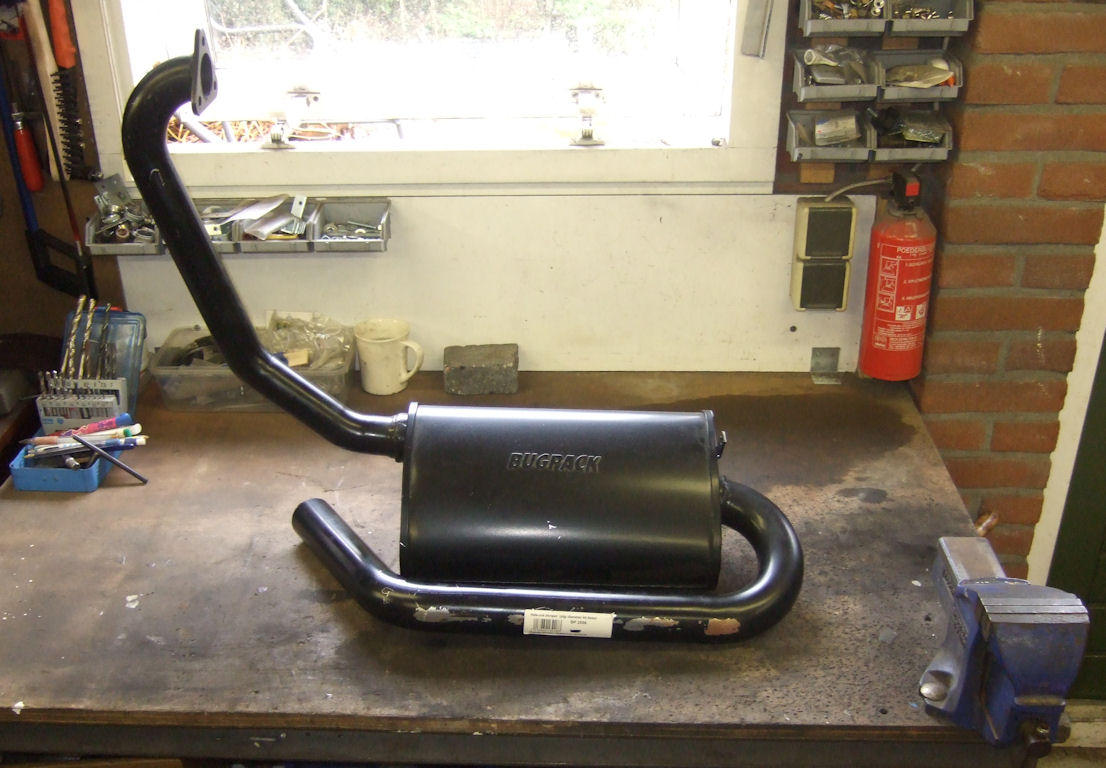 It is a bugpack hideout muffler which was very reasonably  priced AND in various threads on different forums people say it is a quiet muffler. Add the fact that is mounted inside the rear wheel well, and it makes a good choice for this situation. I also searched for mufflers that would fit under the rear apron, but I couldn’t find one that would fit and could be connected to the centered outlet of my header. 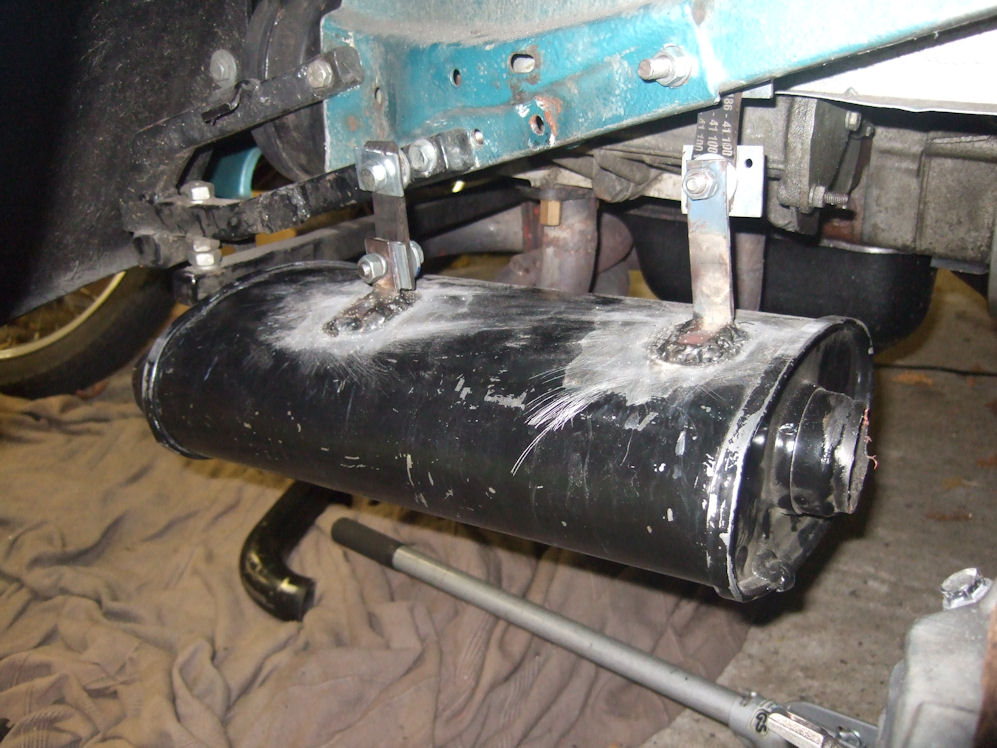 (You’ve got to imagine it painted to really appreciate it.. 🙂 )

When I had the motorcycle muffler on it, I had some problems with the rubbers with which the silencer was suspended. I replaced it with a piece of an old distribution belt. And that worked perfectly. It didn’t meld or stretch. So I again used some pieces of that belt to suspend this muffler.

As you can see in this picture there is still plenty of room left between the muffler and the tyre: 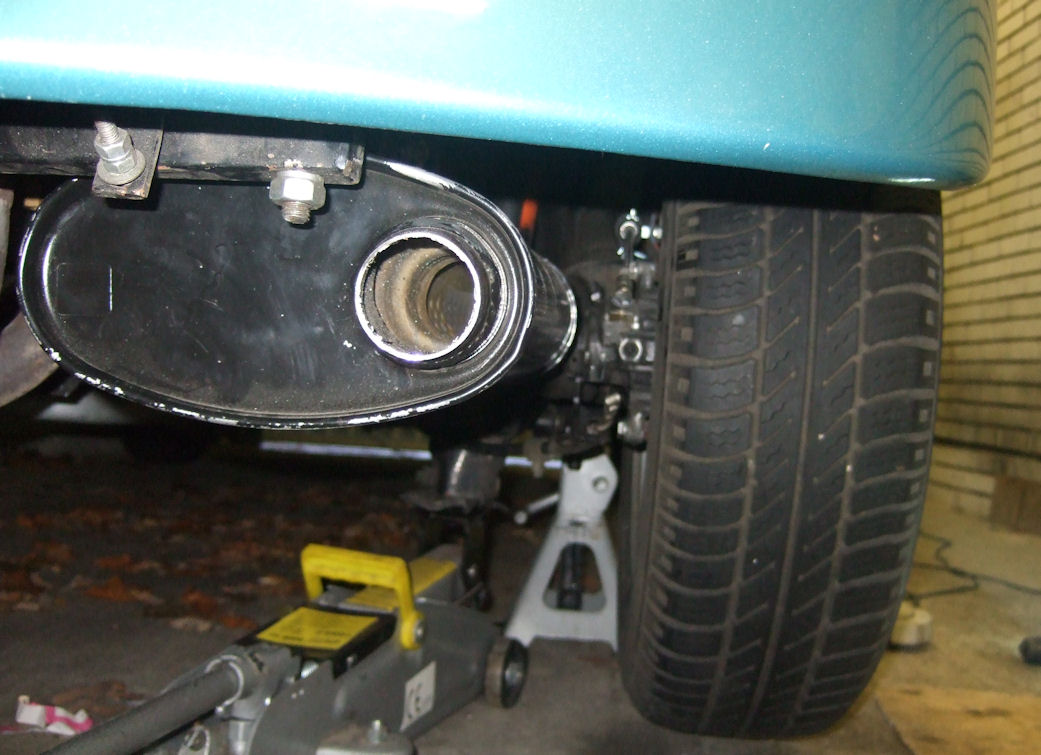 Oh, and it´s got plenty of clearance with the caliper too! Which was the cause of this little project. 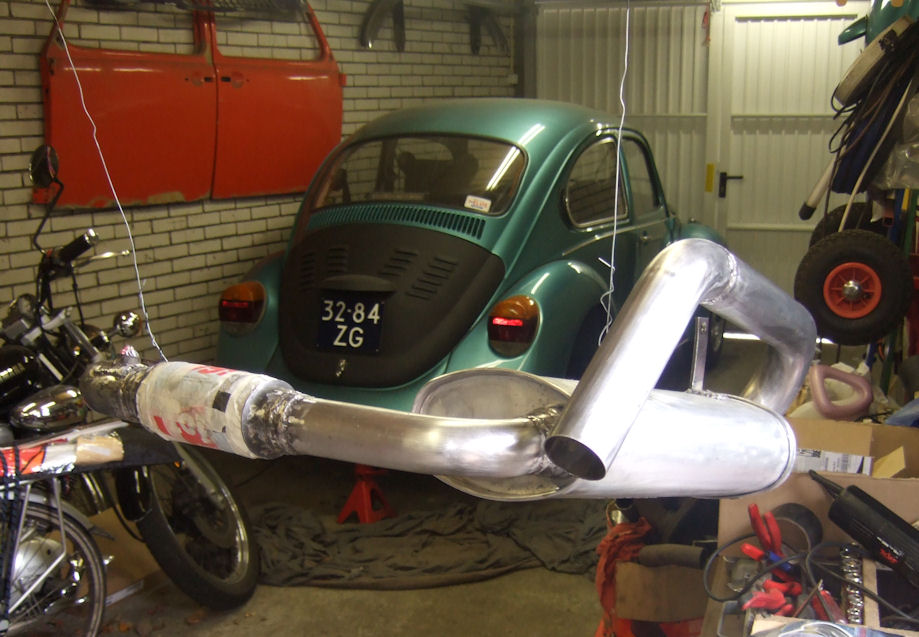 And painted, ready for installing: 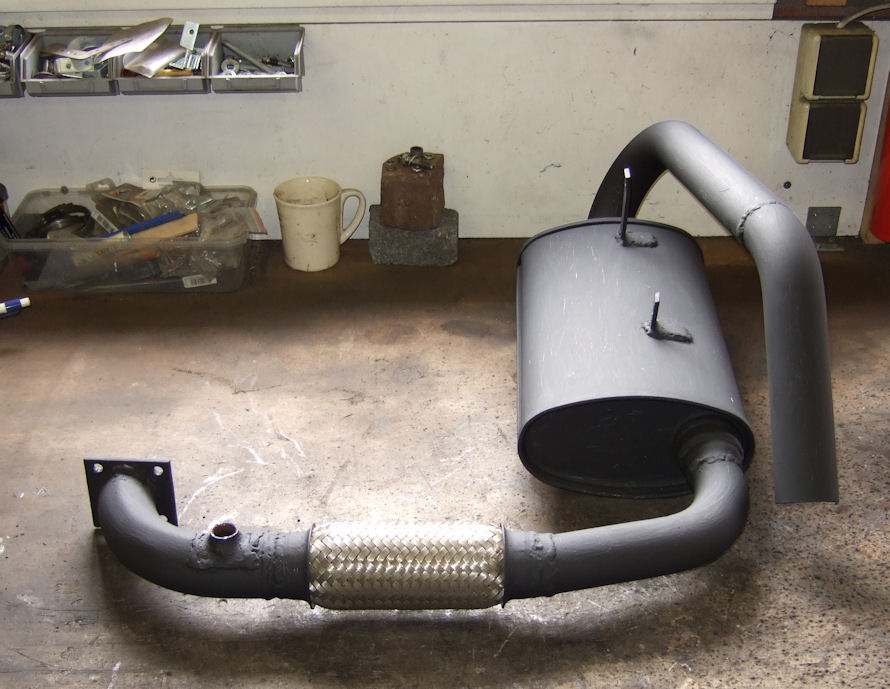 I moved the O2 sensor point closer to the exhaust manifold. The original place was very close to the rear wheel. There it sometimes caught some rainwater from the tyres. And that cooled the sensor. If it rained really hard, with lots of water on the road, the engine started to stutter sometimes. It only happende once or twice, but still….

View inside the wheel well

A close up of my distribution belt suspension system: 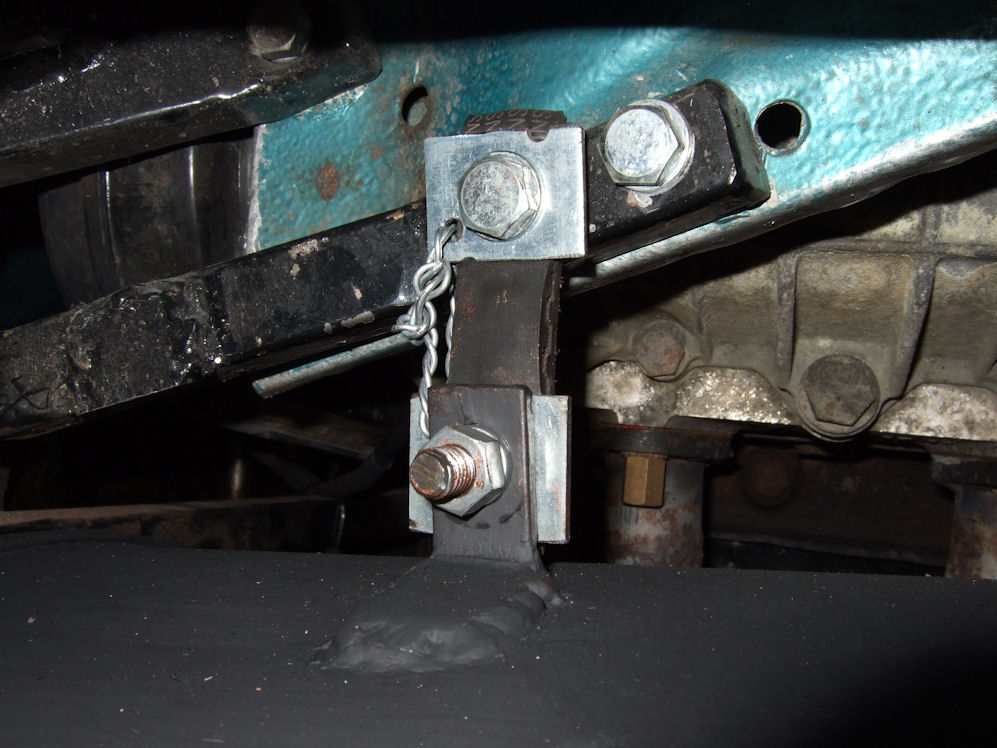 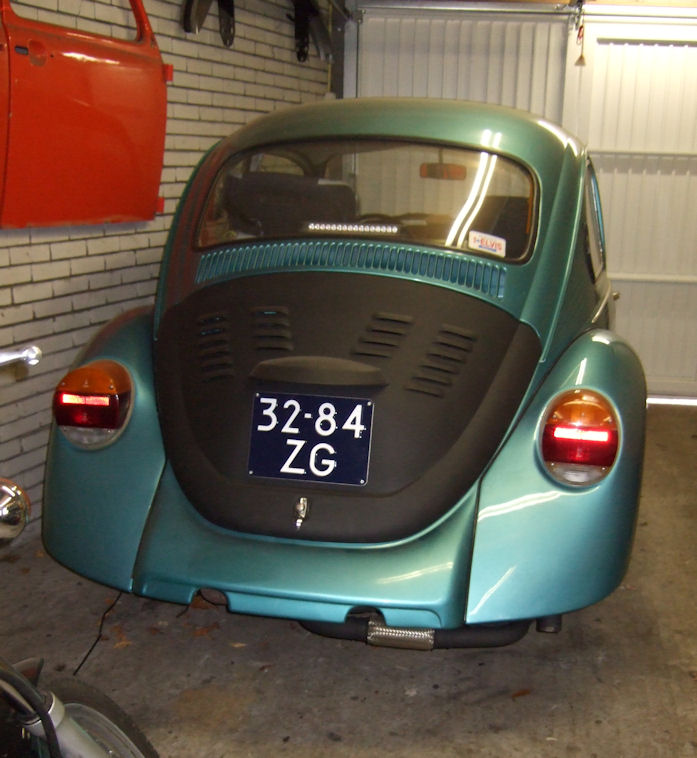 I think it looks good. It’s nicely hidden (they don’t call it a hideout for nothing.. ).

This is the very first time I started it after the winter, so it didn’t run for about 4 months! That’s why it’s a litle smokey.

It sounds good, it’s not too noisy. I think…it’s hard to tell, running it in the garage. I can’t wait to drive it on the street!