Here I rolled the Alfa engine behind the beetle, to see how it will fit: 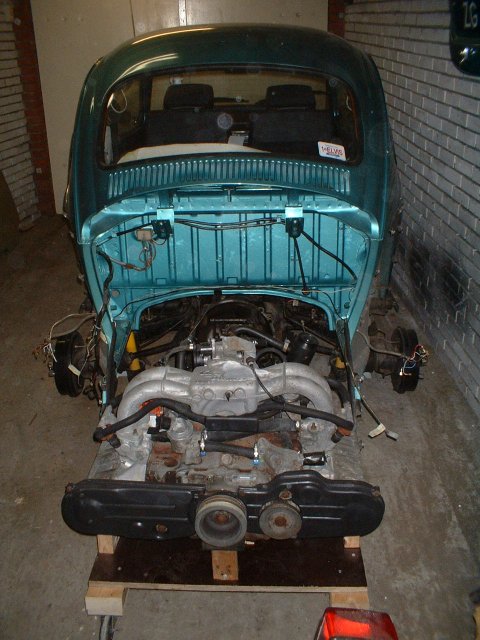 And it almost fits, if the beetle was just a couple of cm’s wider, I could have moved the engine in the engine bay (until the distribution covers get in the way..). 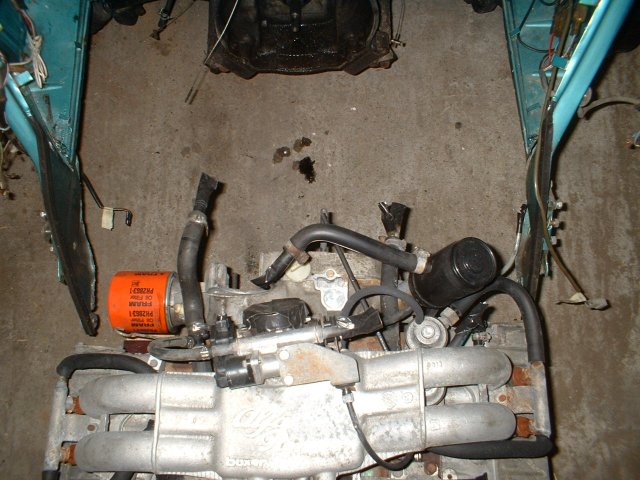 I allready knew that the bumper support brackets had to be cut to be able to fit the engine, but now I see that it would be best that to make them removable.

edit 29-12-2005: Today I jacked up the car higher in the rear, so that I can roll the engine beneath it. Now I could see where I must cut the bumper support brackets. On these two pictures you can see why (part of) the bumper brackets have to go: 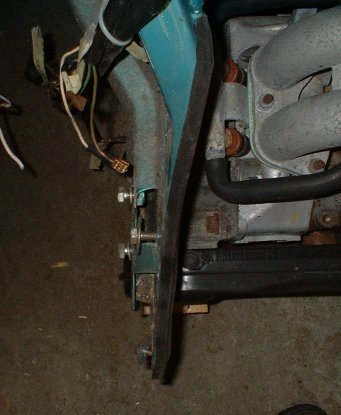 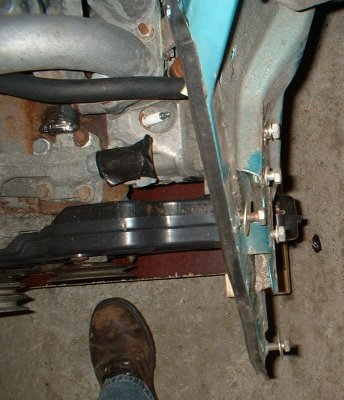 Only the distribution covers are to wide for the body. The rest of the engine seems to clear the body.

I want to create a bracket that runs underneath the distribution covers to the back. I want to use the two remaining bolts from the bumper bracket to attach the bracket. I’m thinking something like this: 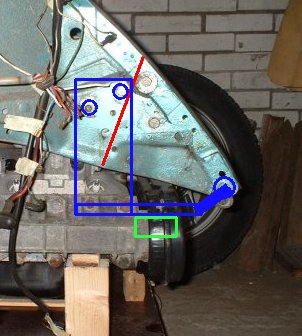 The green square is the side of a beam that will run from the left bracket to right side bracket. That beam will be my rear engine support.