edit 23-01-2006: The adapter plate is bolted to the engine, it’s time for cutting and test-fitting the engine… 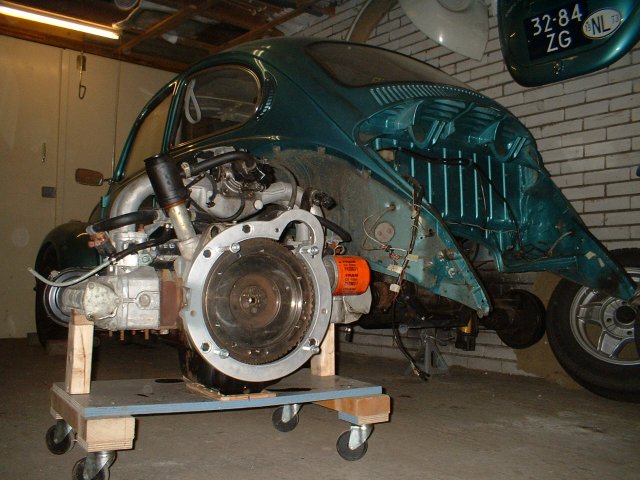 I have to locate some new flywheel bolts, one of them had a damaged thread when I took it out. So the flywheel is missing one bolt and is not torqued to spec yet. The flywheel had to go on first before putting the adapter plate on the engine. It wouldn’t fit through it. 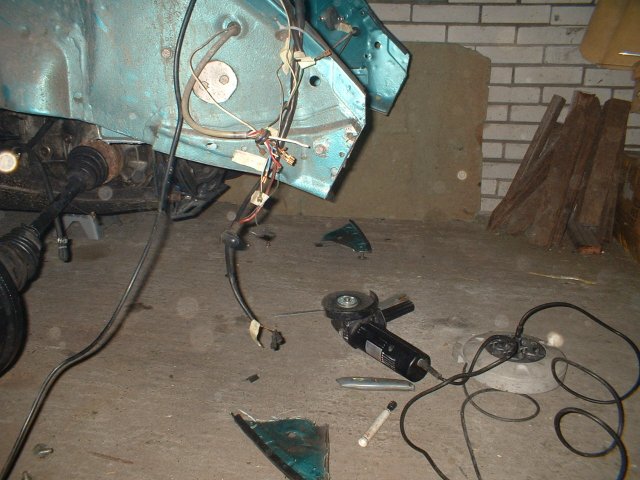 But when I wanted to mount the engine, I couldn’t mate the engine to the gearbox. I had 4 cm’s left when I hit the body of the car. I have to cut more. This means I have to reconsider the brackets I had thougth of for the rear engine mount. I lost one thread on the right side, so I’ll have to find a another way to attach the bracket: 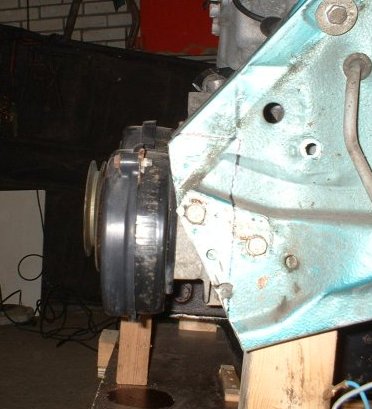 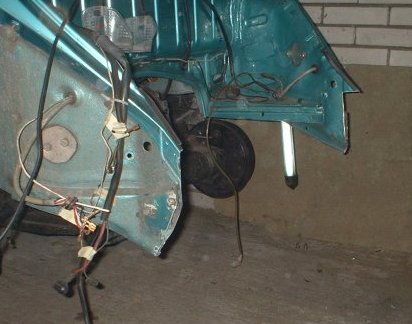