I thought about installing the origiornal one-fan plastic frame, but it would restrict the airflow at higher speeds. And, because the room for exiting hot air is not very big, two fans are more sensible. They should push away the hot air better. 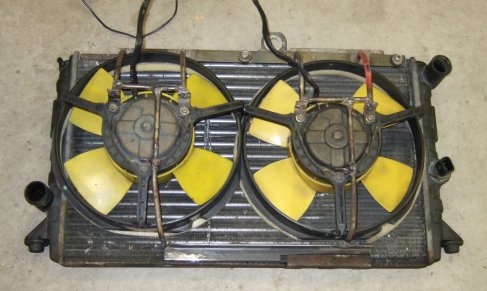 The frame is mounted with the original mounting points for the standard one fan plastic frame. These three points are hanging in rubber, which will reduce vibrations.
In the car: 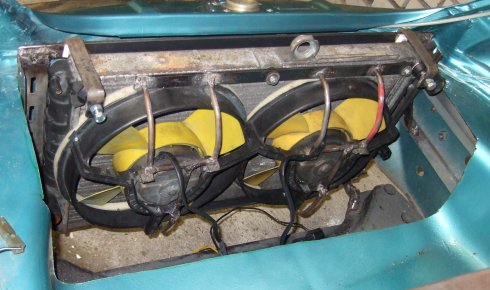 Enough room for the fans. But while installing the radiator (again) I wasn’t satisfied with the clamps at the top holding the radiator. They had a tendency to slip off. I solved this by welding on an extra iron strip with is bolted to the radiator frame. Which, of course, required welding some nuts to the frame. You can barely see the clamp extensions in this picture, but the nice shiney bolts holding them down are visible: 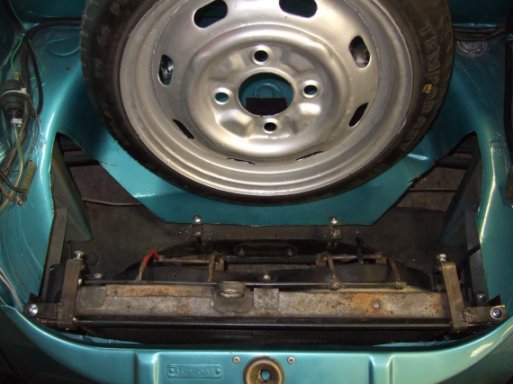