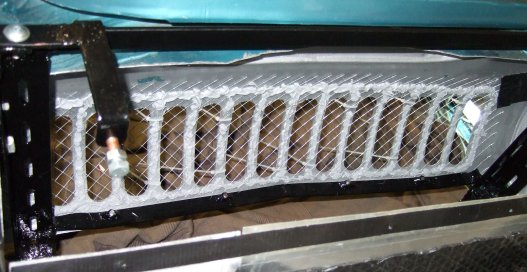 It’s just chickenwire on it’s side, fixed with sealant

I also made a towing eyelet: 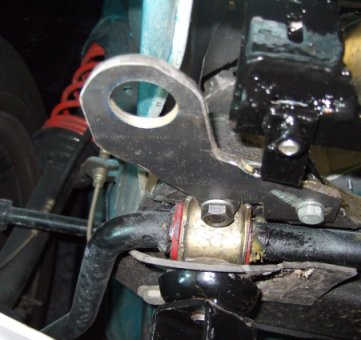 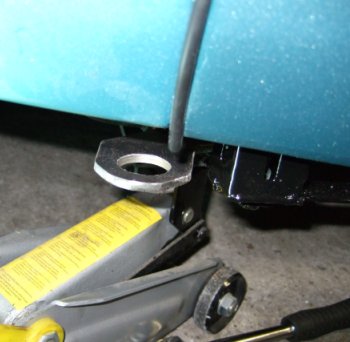 It’s made out of a piece of 6 mm thick iron. It’s almost at the same position as where the original towing eyelet was. 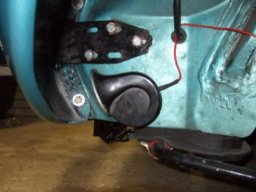 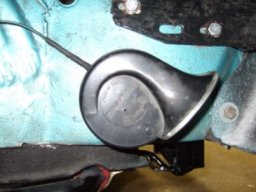 The relay for the horns is in the radiator-housing: 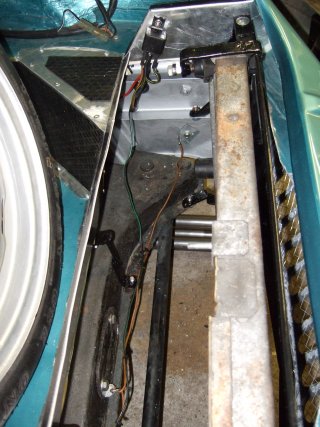 From the relay the wires go to the left and right wheel well. I made a ground at one of the bolts of the tunnel cover plate.

I put some pieces of rubber around the strutbrace where the spare wheel touches it. 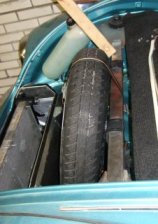 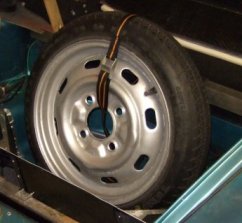 It’s just some cut-up pieces of big rubber hose held on by some tie-wraps.